Arab Strap - The Turning Of Our Bones 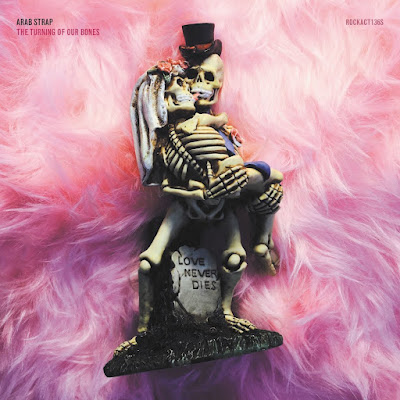 "The Turning Of Our Bones" is the comback tune with the Scottish duo ARAB STRAP, their first new song in 15 years.

ARAB STRAP are a Scottish indie rock band whose core members are Aidan Moffat and Malcolm Middleton. The band were signed to independent record label Chemikal Underground, split in 2006 and reformed in 2016. The band signed to Rock Action Records in 2020. 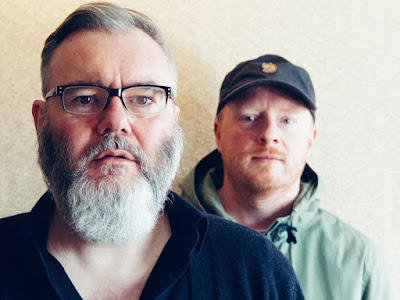 The Scottish duo, Aidan Moffat and Malcolm Middleton, are “back from the grave and ready to rave”. And tell us that the new song is about “Inspired by the Famadihana ritual of the Malagasy people of Madagascar, in which they dance with the corpses of loved ones; it’s all about resurrection and shagging.”

"It's about hopelessness and darkness,” says Aidan Moffat. “But in a fun way.” The ARAB STRAP frontman is speaking about the band’s 7th studio album and their first since 2005’s "The Last Romance". The band's exciting return saw the much lauded "The Turning Of Our Bones" single achieve Record of the Week on Jo Whiley's BBC Radio 2 show and hit the B-list at BB6Music. The new album will appeal to longtime fans and pick up new ones who weren't ready for ARAB STRAP first time round!

“‘The Turning Of Our Bones’ is an incantation, a voodoo spell to raise the dead,” Moffat said of the new song in a statement. 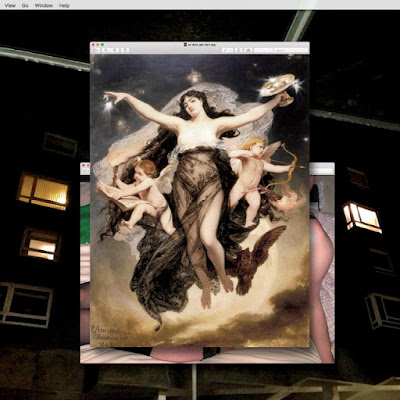 ARAB STRAP last performed as part of the Iceland Airwaves festival in Reykjavík in November 2017, with Moffat telling a fan after the show that the performance was likely to have been their last ever gig.

Enjoy today's tune "The Turning Of Our Bones" taken from the new album "As Days Get Dark", released 5 March 2021 via the label Rock Action.

Listen to ”Arab Strap - The Turning Of Our Bones" on Spotify!

Email ThisBlogThis!Share to TwitterShare to FacebookShare to Pinterest
Etiketter: Arab Strap, As Days Get Dark, Indie rock, Rock Action, Scotland, The Turning Of Our Bones, UK