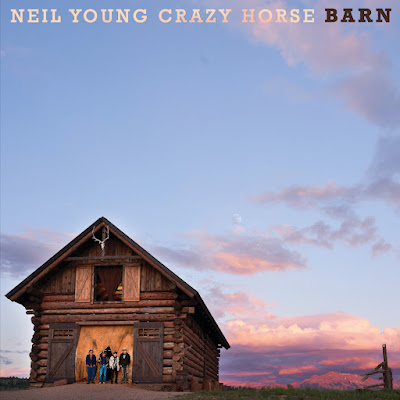 As previously reported, Barn is a 10-track collection that will be released on December 10. It was recorded “this summer under a full moon, in a restored off-grid 19th century barn high up in the Rockies.” Barn will be available on CD, vinyl, cassette and digital formats, and as a deluxe box set.

In his new message, Young explains, “All the songs in our Barn film are the originals. Crazy Horse is seen playing each (almost) song. All performances are of our original recordings used on the album. Since we play ‘live’ in the Barn, you are seeing exactly what happened that day as we made Barn the album.”

“Barn is very special,” Young wrote to fans on the Neil Young Archives. “It rock. It rolls…I wish it was out now. It’s got songs that are part of these times.”

He adds, “Not a lot of records are recorded live anymore, so it should be interesting and fun for you. These are not contrived little snips. They document what happened.”

10 new songs that capture the raw, idiosyncratic rock and roll spirit and lyrical beauty that epitomizes a classic NYCH collaboration. Recorded this summer under a full moon, in a restored off-grid 19th century barn high up in the Rockies, the Horse was right at home and the album’s stunning love songs, reflective ballads and powerhouse rockers naturally burst into life.

The film of the same title - "Barn" captures this legendary band in their element - in the wild, their easy humor, their brotherhood, their humanity, and of course, the music, live, recorded in their unique spontaneous way. A Blu-ray of the film directed by Daryl Hannah, will be available as a stand-alone release. 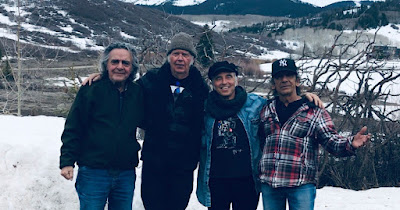 Today's tune "Song Of The Seasons", taken from the upcoming album "Barn". The clip features stop-motion footage of a beautiful mountain landscape and lake apparently recorded by a stationary video camera. According to a message Young posted on his website, the video was shot by his wife, actress Daryl Hannah, and shows “the landscape and life where our record was made.”

Listen to ”Neil Young / Crazy Horse - Song Of The Seasons" on Spotify!