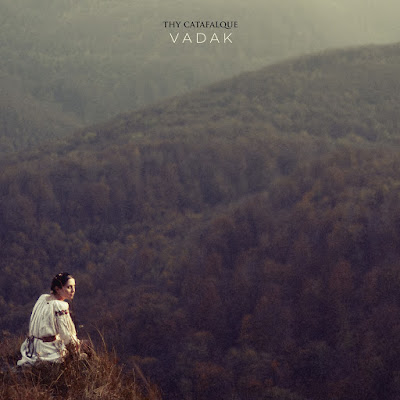 Monday, new week and it's time to present "Record Of The Week"

THY CATAFALQUE has visited Tune Of The Day several times, both as today's tune and "Record Of The Week", now it's time again to ascend the throne and receive the fine award. THY CATAFALQUE do not pretend to produce easy-listening music that comes as easy as it quickly fades out of the mind again. "Vadak", is the Hungarian act’s tenth full-length album, demands to be listened to with full attention, but with every new spin this masterpiece reveals more of its secrets and rewards the listener with a rich treasure of fascinating details. 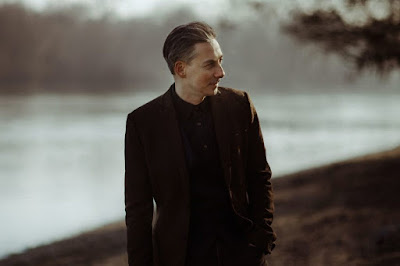 I can only marvel at the creative vein that "Tamás Kátai" possesses as his project is extremely consistent when it comes to album releases. "Vadak" is just marvelous, a fantastic mix of all different styles that are composed with both style and finesse. From the groovy electronic opening of "Szarvas" with some blackended spices to the folkish following "Köszöntsd A Hajnalt" to the blackended metal in "Gömböc" to the more furious industrial metal "Az Energiamegmaradás Törvénye" and the ten minutes "Móló" gives this record a marvelous start. The second half starts with the jazzy "A Kupolaváros Titka" followed by gypsy folksih piece "Kiscsikó (Irénke Dala)" with marching drums and a lovly guitar playing. "Piros-sárga" a synth feel good tune until it's time for the next monster "Vadak (Az Átváltozás Rítusai)" a twelve minute blistering thing, with glorious guitar, hard hitting drums, marvelous keys, that includes both metal, folk and beautiful passages between the furious technicality and the guest vocals by Martina Veronika Horváth’s that you can hear throughout the album are just stunning and she sings lovly in the album closer "Zúzmara" where a piano shares the musical present. "Vadak" is marvelous journey where you can expect the unexpected and still, you’ll be surprised by his compsions. The album is not for everyone, but those who has a open musical mind will get themselves greatly rewarded by the experience "Vadak" can give you as a listner.

Sum: A marvelous musical labryinth to enjoy in the hammock.

Listen to ”Thy Catafalque - A Kupolaváros Titka" on Spotify!