Mammoth WVH - Don't Back Down 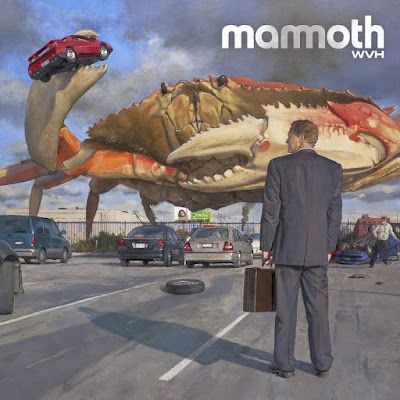 First impressions last a lifetime. Wolfgang Van Halen has prepared a lifetime to make his first impression with his solo band MAMMOTH WVH. The songwriter, vocalist, and multi-instrumentalist worked tirelessly on material that would become his debut album. Playing every instrument and singing each and every note, his music presents a personal and powerful perspective, balancing memorable hooks and tight technicality. As many times as audiences have experienced his talent alongside the likes of Tremonti, Clint Lowery, and of course, VAN HALEN, Wolfgang prepares to step into the spotlight with his own brand - MAMMOTH WVH - for the very first time now.

“The name MAMMOTH is really special to me.” says Wolf. “Not only was it the name of VAN HALEN before it became VAN HALEN, but my father was also the lead singer. Ever since my dad told me this, I always thought that when I grew up, I’d call my own band MAMMOTH, because I loved the name so much. I’m so thankful that my father was able to listen to, and enjoy the music I made. Nothing made me happier than seeing how proud he was that I was continuing the family legacy.” 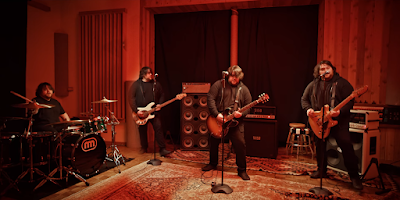 MAMMOTH WVH is the debut, self-titled album of MAMMOTH WVH – the band created by Wolfgang Van Halen – that includes 14 new songs on a double vinyl, CD, Digital Download and streaming. This collection includes the #1 Hit Single, "Distance” plus “You’re to Blame”, “Don’t Back Down,” “Epiphany,” and more. At the beginning of 2015, Wolf broke ground on what would become MAMMOTH WVH with producer Michael “Elvis” Baskette [ALTER BRIDGE, Slash] behind the board. Wolf began to embrace his voice, inspired by everyone from his father, to bands like AC/DC, FOO FIGHTERS, NINE INCH NAILS, TOOL, and JIMMY EAT WORLD. In addition to writing and singing every song on the self-title debut album, remarkably Wolfgang plays every instrument.

Today's tune "Don't Back Down" is taken from the new self titled album, enjoy!

Listen to ”Mammoth WVH - Don't Back Down " on Spotify!