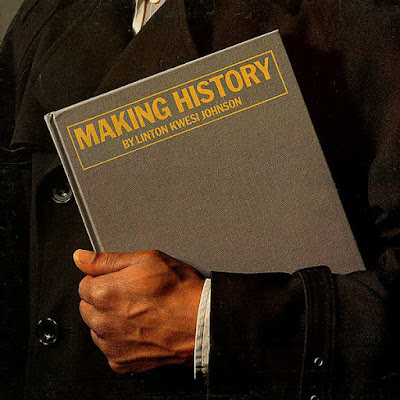 A few new records was baught, that including the repress of the dub poet Linton Kwesi Johnson "Making History" from 1984. 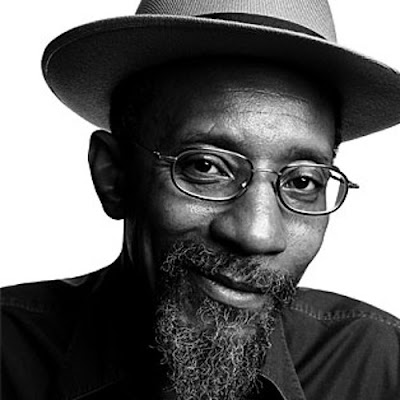 Linton Kwesi Johnson (born 24 August 1952), also known as LKJ, is a Jamaican dub poet and activist who has been based in the United Kingdom since 1963. In 2002 he became the second living poet, and the only black poet, to be published in the Penguin Modern Classics series.[1][2] His performance poetry involves the recitation of his own verse in Jamaican patois over dub-reggae, usually written in collaboration with renowned British reggae producer/artist Dennis Bovell.

"Making History" is an album by the dub poet Linton Kwesi Johnson. It was released in 1984 on Island Records. It was produced by Dennis Bovell. Trouser Press called the album "as vital as any [Johnson and Bovell] had made together." The New York Times wrote: "Dennis Bovell ... has fashioned settings for the poems on Making History that draw their melodies directly from the inflections and intonation of the lines. Most selections sport catchy instrumental melodies that weave in and out of the poetry, making it sound much like song."

The RSD version of the album is Expanded LP edition, featuring the original album + three bonus tracks. Bespoke gatefold sleeve with enhanced artwork. Remastered at Abbey Road, released on heavyweight YELLOW coloured vinyl. Produced by Linton Kwesi Johnson and the legendary Dennis Bovell (‘Blackbeard’), the album continues LKJ’s fierce, politically-charged view of Britain at the time. His outspoken comments on the 1981 Brixton riots, the New Cross fire that killed 13 black teenagers and confronting the National Front are all tackled but with an accessible and strident dub-reggae beat. Extensive liner notes from the original LP, by the late political activist and journalist Darcus Howe, are included in the package. Darcus was depicted in the recent Steve McQueen film, ‘Small Axe: Mangrove’ on BBC TV. Out of print on vinyl for many years.

Today's tune "Making History" is the title tune from the album with the same name. The Video is filmed live at Channel 4's The Tube 1984, Enjoy!