Gnoomes – Sword In The Stone 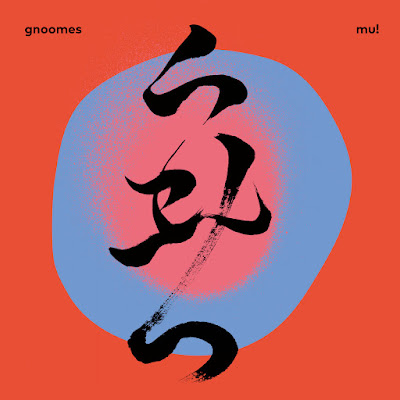 GNOOMES, the Russian outfit who blend a potent mix of psychedelic stargaze, kraut techno and kosmiche pop, they released the album, "MU!" their third for Rocket Recordings.

Since the release of their last album "Tschak!" the three piece has turned into a quartet with synth player Masha Piankova joining the band. And it was the success of their tours in the UK and Europe that subconsciously created a template and tone for where the band would go next with this new album; to capture that surging drive and throbbing assault of their pulverising live shows. “We decided to make this record more live and less electronic,” Sasha, singer and guitarist from GNOOMES said. “We were thinking about how to make it sound more dynamic.” Masha’s introduction was a key one, with her replacing Sasha on synth bass whilst he moved over to second guitar to add a fuller and more impactful sonic crunch. 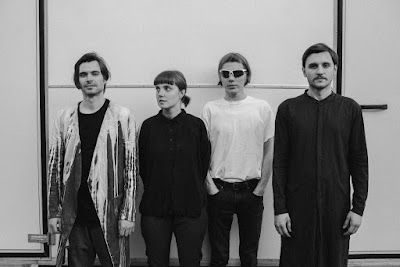 "MU!" has been part recorded in the same old soviet radio station where the band recorded "Tschak!" part in a professional studio and then part at home. This was to ensure the best capture of GNOOMES live assault. The results brim with a magnitude and sense of coherence that belies some of the environment it was created in. Fuzz-driven guitars shift in engulfing waves, resembling shoegaze giants at their most ferocious, whilst elsewhere layered vocals stack on top of one another, weaving between pristine melody and augmented discordance. Whilst the glacial electronics and coldwave tendencies that soaked much of their previous album may be more absent here, this record pulses with an electronic tinge that bubbles more subtly under the surface of immersive guitars.

The title "MU!" has Japanese origins and comes from Zen Buddhism – something Sasha began to practise during past trying times - meaning both “no” and “nothingness” and the understanding that the acceptance of this concept can lead to enlightenment. “For me personally it’s a spiritual record,” he says. Although any sonic warbles of new age blandness couldn’t be further from the end results here. This is a cleansing record, no doubt, but one that washes over you with both brutal force and deft subtleness.

With the completion of this album, it also wraps up a trio of records all connected via punctuation – "Ngan!", "Tschak!", "MU!" - but with one each distinct in its own tone and sense of evolution. From Bowie to the CURE to MODERAT, musical history is peppered with great musical trilogies and now GNOOMES’ Exclamation Mark Trilogy can be added to that.

Listen to ”Gnoomes - Sword In The Stone" on Spotify!