Dinosaur Jr - Sweep It Into Space 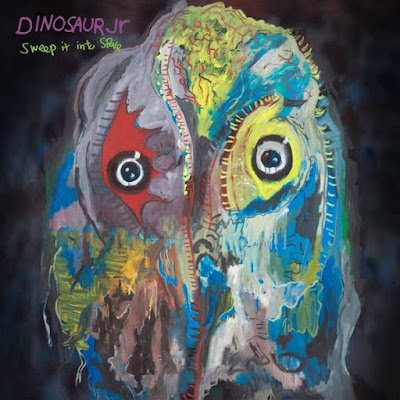 Monday, new week and it's time to present the "Record Of The Week".

DINOSAUR JR. have returned with the twelfth studio album "Sweep It Into Space".

The classic rockers have released another consistently strong record. “Sweep It Into Space” includes all the ingredients that we would expect from these gentlemens. Squeaky and distorted guitars along with J Mascis clamped voice, classic playing by the drummer Murph and bassist Lou Barlow. “Sweep It Into Space” is a well balanced album where the tunes are well crafted in the best possible way and really shows that these dudes still can make strong and catchy tunes under the DINOSAUR JR. flag. 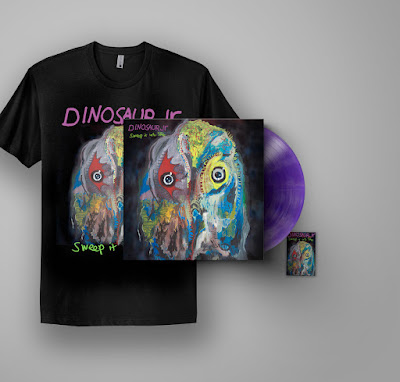 From the opening track, "I Ain't" screams DINOSAUR JR., an excellent piece to open up the album where the DINOSAUR JR. lights on full and provides some great soloing. Heavier and filthy riffing is let loose on "I Met The Stones", with great soloing and marvelous lyrics. On the first single, "I Ran Away" we get some acoustic guitars with joyful melodics in a popish country way and a powerful catchy chorus. The marvelous second single "Garden" where Lou Barlow's vocals are brilliant, so beautiful, could be his finest moment ever in the band. Some high-energy tunes like "Hide Another Round" and "And Me" follow to continue with the excellent high distorted "I Expect It Always" to some plink plonk on "Take It Back," gives a little pop vibe but stays on track without getting banal. The album closes up with "You Wonder", another tune where Lou Barlow gets the chance to hold the mic and he does it once again with big bravura! Overall the album is really good, the higher moments overwhelm all the little things that make one think. "Sweep It Into Space" is a must-have for any DINOSAUR JR. fan and well worth checking up for any other. Highly recommended.

Sum: A really strong release from DINOSAUR JR., get it. 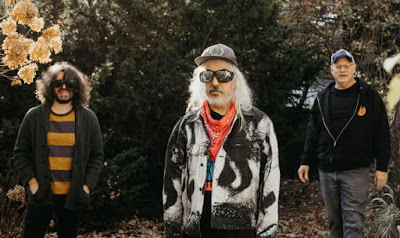