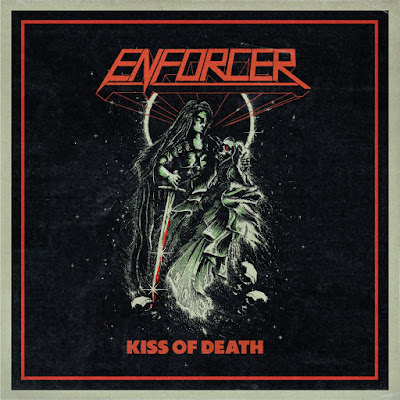 ENFORCER are the leaders of a new generation of metal bands that remain true to the roots of metal in terms of setting, sound, and appearance. A hint towards modern bands, as they were particularly mid-00s-years popular.

The band was founded in 2004 in Arvika, a small town in Sweden far away from everything. With the release of their debut album "Into The Night" in late 2008, ENFORCER stated their opposition to the trend of over-produced, plastic-sounding albums with tons of tracks and triggered drums. "Into The Night" was a pure metal album in the tradition of acts such as EXCITER, AGENT STEEL, and ANVIL.

A brand new single and video for the song "Kiss Of Death" is now released, a tune that sounds like ENFORCER, a tight and well-crafted one, see it below. 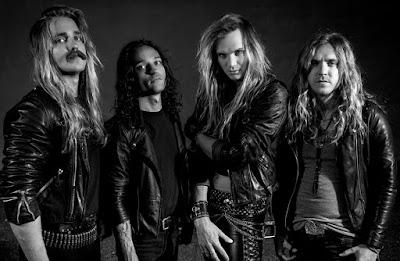 Olof Wikstrand comments: "Heavy metal fans across the planet, are you with us?! Finally, it’s time for us to unveil what we’ve been up to the past year and it feels incredibly awesome to present "Kiss Of Death" to you all. A totally raw, yet melodic speed metal hymn! A hit and run metal hymn that should leave no head unbanged!!"

Listen to ”Enforcer - Kiss Of Death" on Spotify!