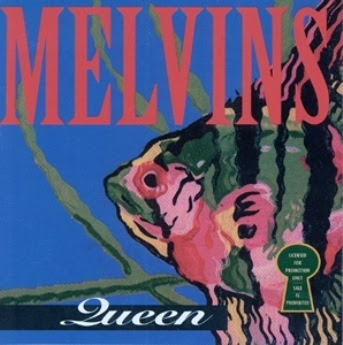 "Stoner Witch" is the seventh album by MELVINS, which was released in 1994 through Atlantic Records. 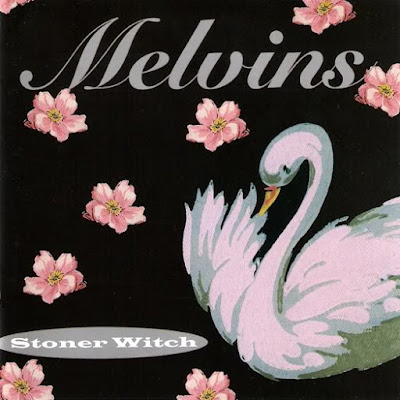 In the wake of NIRVANAs "Nevermind" multi-platinum success, major labels scrambled to catch lightning in a bottle a second time by scooping up angular, but tuneful rock acts. Kurt Cobain had always described MELVINS as his favorite band, so Atlantic’s president Danny Goldberg who also managed NIRVANA decided to do his young protégés a solid by allowing MELVINS to essentially write their own ticket.

Hindsight shows how strange and uncompromising the resulting trilogy of albums on Atlantic—1993’s Houdini, 1994’s Stoner Witch and 1996’s Stag—actually were. In the current musical climate, there’s no way that a band like Melvins would be able to release another album with major label support after the hot mess that was Houdini, but Stoner Witch melded the hallmarks of the band’s earlier work (molten tempos, guitarist Buzz Osborne’s nonsensical lyrics) with a relatively radio-friendly ear towards arrangements.

In fact, Stoner Witch—the title springs from a term that drummer Dale Crover and his friends used to describe the stoner chicks at their high school—may be the most accessible record Melvins ever wrote. Although the term “accessible” is strictly relative, because, along with the megaton riffs of bona fide radio singles “Queen” and “Revolve,” there’s a host of indefatigably bizarre—and much looser—alternate-universe jukebox staples like the Tom Waits/Birthday Party homage “Goose Freight Train” and the droning epic “At the Stake.”

The band spent 19 days recording Stoner Witch with Garth “GGGarth” Richardson and Joe Barresi at the legendary A&M Studios in Hollywood. Most of the songs were captured in a single take, and all of the tracking and mastering was completed in a single, continuous session. Stoner Witch was the first time MELVINS had the luxury of recording in a massive studio, and the trio relished the opportunity to cycle through a ton of gear, tinker with tunings and explore the dramatic effect that an acoustically perfect space had on a series of very ugly-sounding compositions.

The full story can be read at Decibel Magazine, here! 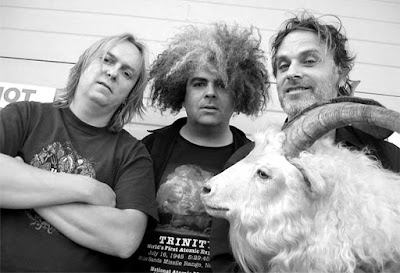 MELVINS are an American rock band that formed in 1983 in Montesano, Washington. They have mostly performed as a trio, as well as a quartet with two drummers in recent years. Since 1984, vocalist and guitarist Buzz Osborne and drummer Dale Crover have been constant members. The band was named after a supervisor at a Thriftway in Montesano, Washington, where Osborne also worked as a clerk. "Melvin" was despised by other employees, and the band's members felt it to be an appropriately ridiculous name. Their early work was key to the development of both grunge and sludge metal.

“There are bands that like to hide behind volume,” explains Crover. “They aren’t very good, but they’re fucking loud! We were pretty fucking loud back then, but we definitely weren’t hiding.” The basic concept behind Melvins remains true to this day: You’re either with them or you’re against them. There is no middle ground.

Listen to ”Melvins - Queen" on Spotify!