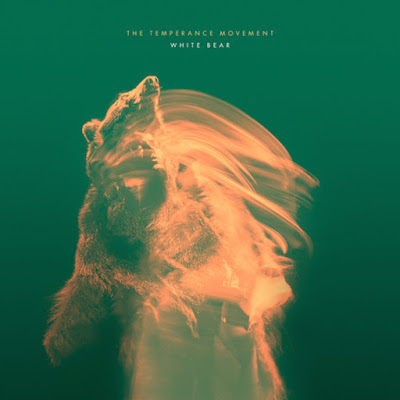 "White Bear" is the second album by the British blues rock band THE TEMPERANCE MOVEMENT, a band that fills the void of bands like The BLACK CROWES, THE PARLOR MOB and BLACK COUNTY COMMUNION to name a few.


"White Bear" is a raucous, catchy hard blues rock record, a really fun record to put on a spin on a boring day to get up the creation nerv.

The album kicks of the with "Three Bulleits", a really catchy beast, heavy riffs with blues inspiration follows up with "Get Yourself Free", totally different approach, bluesy swing with a soul move, "A Pleasant Peace I Feel" starts with a bass melody, a slow popish tinge until it breaks out to psychedelic rock number, "Modern Massacre" is a heavy swampy blues stomper, "Battle Lines" is a heavy blusey piece with a catchy chorus, distorted guitars, title track "White Bear" is a half pace beauty with heavy far-out blues verse. "Oh Lorraine" is another tune with great composition, Phil Campbell vocals sounds like if he was Steven Tyler singing in NAZARETH, interesting mix indeed, it's a great tune. "The Sun & Moon Roll Around Too Soon" follows the idea, but with some BEATLES inspirations, "I Hope I'm Not Losing My Mind" is the album ballad, a nicely crafted piece of music. The album closes up with rockish blues thing "Do The Revelation"

Summary: "White Bear" is a soundly beautiful piece of work.

Today's tune is the title track of their new album "White Bear", here with the revolutionary music video. The band teamed up with famed photographer, filmmaker and multimedia artist Steven Sebring, who created the spectacular "White Bear" album cover and has worked with the likes of Patti Smith, Neil Young, Joey Ramone, Alec Baldwin, Philip Glass, JFK Jr. and Bill Gates. He has also won a 2008 Sundance Award for Excellence in Cinematography and earned a 2010 Primetime Emmy nomination. To create the mesmerising visual masterpiece, the video was filmed with Steven Sebring's innovative Revolution system - a one-of-a-kind process that captures form and movement from every angle, resulting in stunning 3D imagery with unparalleled depth.

Steven Sebring comments: "The Revolution system allows us to manipulate time and light to capture the true essence of the body and spirit of the subject. THE TEMPERANCE MOVEMENT embraced and embodied my vision and this is the result."

Listen to ”The Temperance Movement - White Bear" on Spotify!