The Treatment - Generation Me 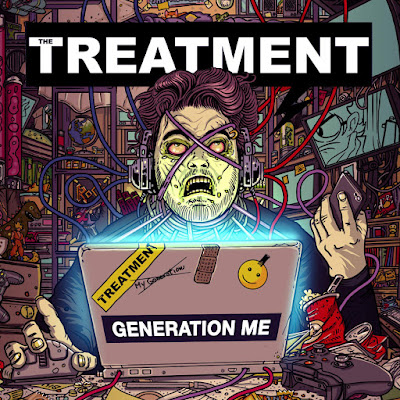 Monday, new week, time to introduce "Record of The Week"

The British rockers THE TREATMENT have been around for awhile (formed in Cambridge in 2008), "Generation Me" is the third full length album release and the first major label release, debuting on Frontiers. "Generation Me" is also the debut for Michael Emms on vocals and Tao Grey on guitar. 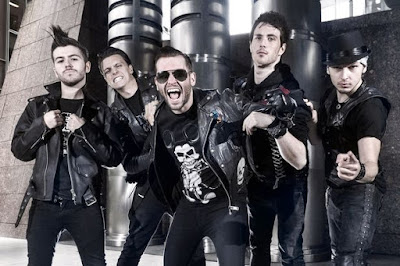 "Generation Me" is heavily influenced by AC/DC with NWOBHM foundation, it instantly reveal hulking riffs and memorable choruses which are the essential ingredients of a classic album. And "Generation Me" truly is a class album, the best the band have made so far and that is thanks to Emms & Grey. Showing a sonic power not seen from the band thus far, THE TREATMENT is truly firing on all cylinders now.

The album kicks of with first single (today's tune) "Let It Begin", a very catchy tune with excellent vocals from Emms and cool AC/DC inspired riffs. "The Devil" another strong tune, a real smash in your head and climb up on the stage aka AIRBOURNE. "Tell Us The Truth" turns up the paste where influences of JUDAS PRIEST sneaks in at the end, great tune. And like this the album continues, harder, catchy tunes like the title track "Generation Me", "Cry Tough", "Light The Sun" half pace "Better Think Again" to the iPhone flashlight tunes like "Backseat Heartbeat".

Sum: An melodic rocker that you need to squeeze in to your collection.

Today's tune "Let It Begin" is the first single taken from "Generation Me", enjoy!

Listen to ”The Treatment - Let It Begin" on Spotify!

Email ThisBlogThis!Share to TwitterShare to FacebookShare to Pinterest
Etiketter: British, Generation Me, Hard Rock, Melodic Rock, NWOBHM, Record of the Week, The Treatment