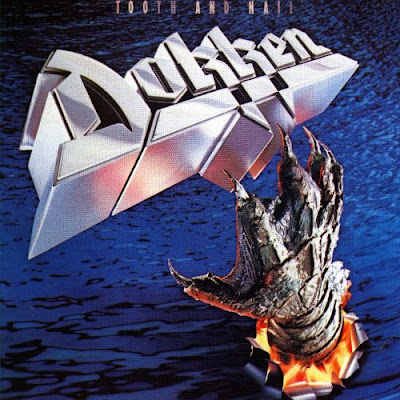 Today we go for a real power ballad!

"Alone Again" is a power ballad written and released by the American heavy metal band DOKKEN on their second studio album "Tooth and Nail" (1984). The song was written by singer Don Dokken and bassist Jeff Pilson. Its lyrics talk about a man's depression after a break-up. The music video had a story similar to a lot of other power ballads. Almost 70% of it is filmed in black and white along with some coloured scenes. It shows the band performing the song live along with some shots of Don Dokken being alone in a room.

Don Dokken originally wrote the song in the 1970s when he was 25. He recalled during an interview with the Sioux Falls, South Dakota radio station, KBAD 94.5 FM, "I wrote it on a little 4-track recorder, put it on a cassette and it ended up in a box for, like, eight years. And the record company, on Tooth And Nail, our second album, they said ballads are the thing. JOURNEY had a big hit with 'Lights' and NIGHT RANGER... Everybody had ballads, and we didn't have any ballads." 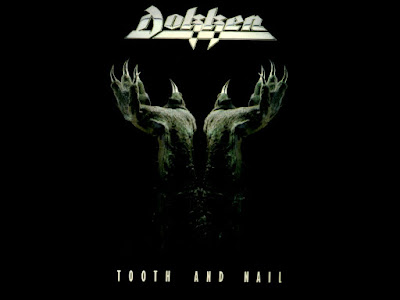 "Tooth and Nail" is the second studio album by American heavy metal band DOKKEN, released on September 13, 1984 through Elektra Records. After the unsuccessful release of the band's debut album in the US, the record label was reluctant to give credit to DOKKEN for a follow-up. DOKKENs management struggled to convince the label's executives to give the band another chance and this fight for recognition is reflected in the album's title. This album was the group's first with bassist Jeff Pilson following Juan Croucier's departure to join Ratt.

The production of the album was entrusted to renowned producer Tom Werman, but the recordings were hampered by the clash of egos between vocalist Don Dokken and guitarist George Lynch, who could not work together in a studio at the same time, and by the excesses of musicians and technicians. For these reasons, Werman was unable to carry on his work and quit the job after a few weeks, replaced by Roy Thomas Baker and Michael Wagner, who completed the recordings and mixed the album. The music of the album ranges from fast and aggressive tracks to pop and melodic ballads, representing a transition from classic heavy metal to the more commercial glam metal. 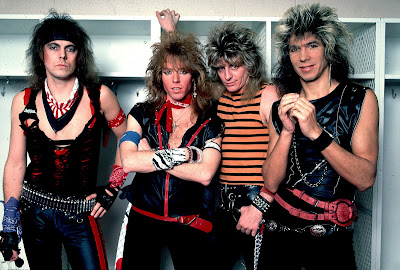 DOKKEN are an American metal band formed in 1979. They split up in 1989 and reformed four years later. They had three charting singles ("Alone Again", "In My Dreams" and "Burning Like a Flame") and have sold more than 10 million albums worldwide. Beast from the East was nominated for the inaugural Grammy Award for Best Metal Performance in 1989.

The classic DOKKEN line-up consisted of founder Don Dokken on vocals, George Lynch on lead guitar, Mick Brown on drums and Jeff Pilson, who replaced the Ratt-bound Juan Croucier in early 1984, on bass, This line-up remained stable from 1984 to 1989, and again from 1993 to 1997; only Dokken and Brown now remain. After several personnel changes on guitar, DOKKENs attorney Jon Levin stepped in to fill the role in 2004. In 2001, Barry Sparks replaced Pilson on bass. In 2009, Sean McNabb (formerly with GREAT WHITE and QUIET RIOT) replaced him, and was then replaced by Chris McCarvill in 2015.