Nirvana - Come As You Are 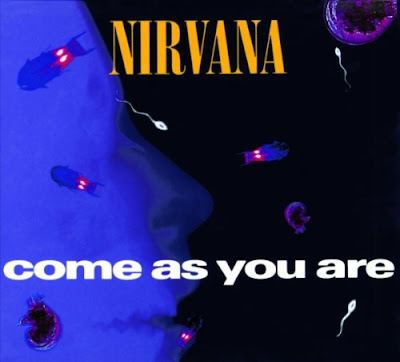 "Come as You Are" is a song by American grunge band NIRVANA, written by frontman Kurt Cobain and released as the second single from the band's second studio album "Nevermind" in March 1992. 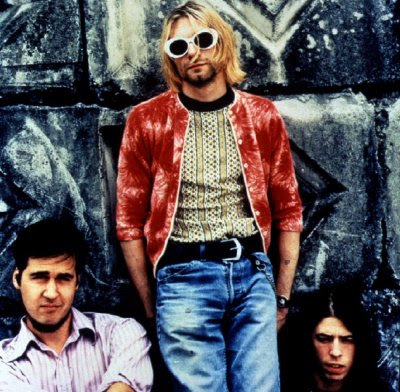 The unexpected success of the album's lead single, "Smells Like Teen Spirit" drew NIRVANA to mainstream success, with "Nevermind" being released two weeks after the single's release. Following the album's release, the band and its management company debated whether to release "Come as You Are" or "In Bloom" as the next single from the album due to Cobain's concerns over similarity of the former with the KILLING JOKE song "Eighties" (1984). After some persuasion by the management company, Cobain agreed to release "Come as You Are" as the second single because of its commercial potential. KILLING JOKE were upset over the song, and there were rumors that a lawsuit had been filed over the song, though the suit never materialized. KILLING JOKE guitarist Geordie Walker was said to be upset about the whole situation, and he felt that NIRVANA (which according to Walker denied the connection between the songs) handled the matter poorly.

The music video for "Come as You Are" was directed by Kevin Kerslake, who drew inspiration for it from the cover artwork of Nevermind. Rolling Stone ranked "Come as You Are" 445th on its list of "The 500 Greatest Songs of All Time", and it placed 452nd on the 2010 edition of the list.

Kurt Cobain described this song as "About people, and what they're expected to act like."

The lyrics are intentionally contradictory and confusing, with one line rebutting the next:

"As a friend, as an old enemy"
"Take your time, hurry up"

In this song, Cobain sings over and over, "I don't have a gun." Less than three years after the song was released, he committed suicide by shooting himself in the head. This was an eerie turn of events, but it's unlikely that Cobain had suicide on his mind when he wrote the lyrics. The gun could be a reference to a time when Cobain's mother got mad at her husband (Kurt's stepfather) and threw his guns in a river. Cobain says he recovered some of them, sold them, and used the money to buy his first guitar when he was 15.

In 2005, a sign was put up in Aberdeen, Washington, Cobain's hometown, that reads "Welcome to Aberdeen: Come As You Are" as a tribute to Cobain. The sign was paid for and created by the Kurt Cobain Memorial Committee, a non-profit organization created in May 2004 to honor Cobain. Founded by author Jeff Burlingame and Aberdeen City Councilman Paul Fritts, the Committee also plans to create a Kurt Cobain Memorial Park and a youth center in Aberdeen.

Listen to ”Nirvana - Come As You Are" on Spotify!