The Hellacopters - By The Grace Of God 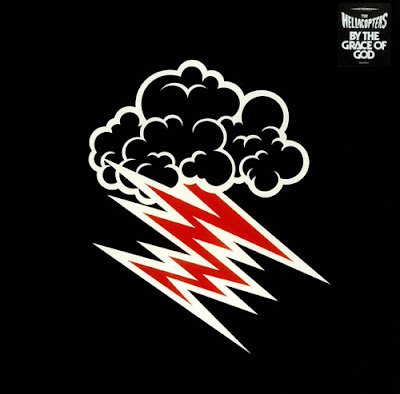 Sunday, time for a classic, the best one that suits a dark Sunday is "By the Grace of God”

The tune is the title track taken from is the fifth album released by the Swedish rock band THE HELLACOPTERS. The CD version of the album came in three different combinations of the red, white and black cloud and lightning design. The design would become a trademark for the band and was used on backdrops, merchandise, different record covers and in music videos. The LP version released in Sweden had a black cover and vinyl while the European version had a white cover and vinyl. Limited edition versions of the album in Japan and America also featured "Red Lights" and the Rory Gallagher song "Big Gun" as bonus tracks. Another special American version also featured an embossed logo, a fold-up digi pack and a patch. 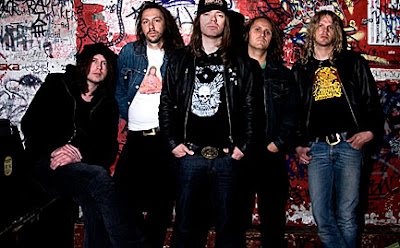 Today's tune "By The Grace Of God” is a masterpiece by THE HELLACOPTERS, just listen to the lightening fast and fluid fret work of ”Strängen" (Strings) and the thunderbolts drumming by Robert Ericsson, the groovy melody man Kenny Håkansson, the piano magical ”Bobba" and for last, the mastermind him self Nicke Andersson, a hell of songwriter.


Here is a live clip from Rockpalast, Rock am Ring 2008

Listen to ”The Hellacopters - By The Grace Of God" on Spotify!

Email ThisBlogThis!Share to TwitterShare to FacebookShare to Pinterest
Etiketter: By The Grace Of God, Nicke Andersson, Rock, Strängen, Sunday Classic, The Hellacopters