Palace Of The King - Valles Marineris 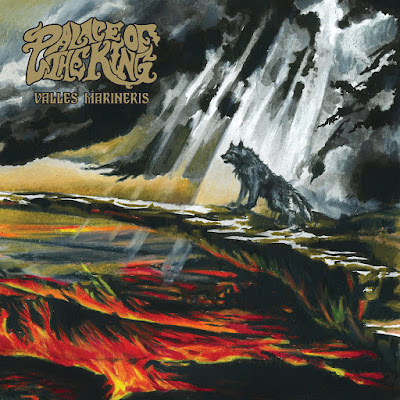 Last year, the blues and psych-infused Aussie hard rockers sextet, PALACE OF THE KING, released their debut album "White Bird/Burn The Sky". It was a real feel-good record and got to be one of my favourite car album in the first part of 2016. Also notice that I never wrote about it as I thought I would have when I look back searching for information, really strange, but it is as it is.

The second record "Valles Marineris" was released July 15th and it blows me away once again. It's a record where blues rock is the main course. The influences shines LED ZEPPELIN and THE BLACK CROWES and is the "Record Of The Week" 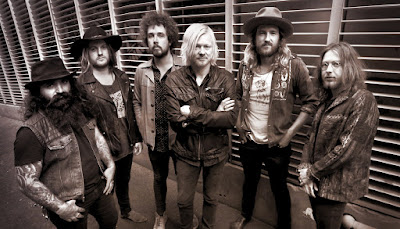 "Valles Marineris" starts with the rowdy organ in "Let The Blood Run Free", an awesome song with it funkified gospel-ting that get's my cats to shake on. "Beyond The Valley" is an amazing Zep riffed funk blues tune with a great chorus that get you to sing along. In "Black Cloud" the 70's soul is mixed with bluesy guitar riffs and some beautiful vocals provided by Mahalia, daughter of Jimmy Barnes. The gritty bassline and the and rumbling drums is the base in the far-out tune "We Are The Vampires". "Empire Of The Sun" is a mighty piece, it's a freak-in beast with Zep flavour. "River Of Fire" tastes a bit like THE BEATLES, but heavier and more bluesy. The final track "Into The Black" closes the album in a brilliant way with it's fading piano. The album is very melodic and catchy with well thought riffs and great vocals. It's well composed and flows smoothly all the way through to the end.

Sum: "Valles Marineris" is a album you can't live without! 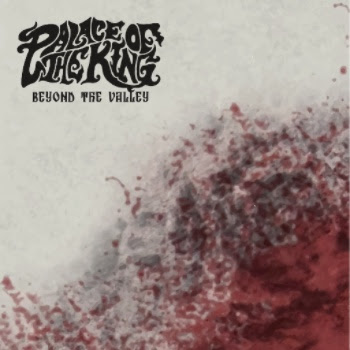 Today's tune "Beyond the Valley", enjoy and buy the album.

Official Palace Of The King Web

Listen to ”Palace Of The King - "Beyond the Valley" on Spotify!