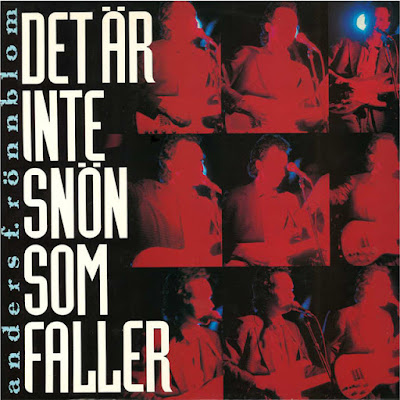 Time for a little break from work, spend time with family and relatives, eat Christmas food, give presents and love. We at Tune Of The Day wishes you all a Happy Christmas!

So for today we only have a Christmas tune, nothing more, nothing less. 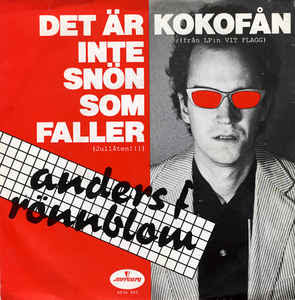 Today's tune "Det Är Inte Snön Som Faller" ("It's not the snow that falls") is made by Anders F. Rönnblom.

He was born May 9, 1946 in Stockholm and is a Swedish musician and designer. Rönnblom is probably best known for the punk anti Christmas tune "It's not the snow that falls" Christmas single, 1980; not least the controversial cartoon music video for the song, which for years was shown on Christmas Eve in SVT. Animator of the video named Lennart Gustafsson (otherwise best known for children's films that Ratty).

During his long career he has issued more than 20 full length CDs. His lyrics, which moves between the ironic and the vulnerable, have by fans and critics often lauded, but he has also been criticized because they would be "difficult" and overly introverted.

Enjoy today's tune and have a wonderful evening.