Patti Smith - Glitter In Their Eyes 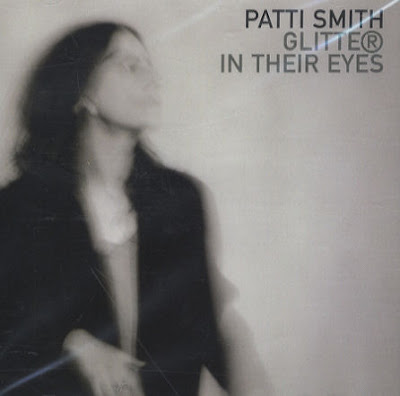 Today I thought we will support the cardiovascular research together with Patti Smith & Mikael Sandström.

An Auction is held to benefit the cardiovascular research.

Now is your chance to bid on a signed portrait of Patti Smith that is sold at Bukowskis. The income from the auction goes to research.

Photographer Mikael Sandström underwent major heart surgery a few years ago. After that, he wanted to give back to the research and supports regularly Heart-Lung Foundation by selling portraits in favor of the important cardiovascular research.

During the period November 21 to December 12, you can bid on a signed portrait of the artist Patti Smith. A Christmas gift for you or someone you know?

Here you can find the auction. 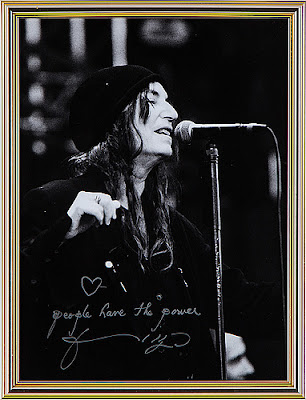 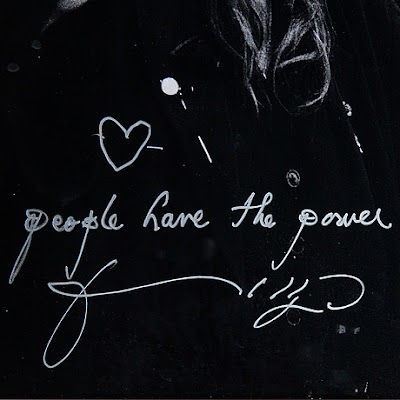 Today's tune "Glitter in Their Eyes" is a rock song written by Patti Smith and Oliver Ray, and released as a promo single from Patti Smith 2000 album Gung Ho. In 2001 the song was nominated for Grammy Award for Best Female Rock Vocal Performance.

Published Liner notes with the Gung Ho CD state the album was recorded at Sear Sound recording studio in New York City, mixed by Gil Norton and Danton Supple at The Church Studios in London, and Mastered by Ted Jensen at Sterling Sound in the Chelsea neighborhood of Manhattan. However, the Glitter in Their Eyes single was mixed at Eden Studios in London, and Mastered by Ted Jensen and Paul Angeli at Sterling Sound in NYC. Additional musicians for the single include: backing vocals of Michael Stipe (of R.E.M.) and Wade Raley; and the Solo Guitar work of Tom Verlaine (frontman for the New York rock band Television).

Patti did a really great performance at Way Out West festival in Gothenburg in the middle of August 2015. I could say that she was the nr one at that festival!

Listen to ”Patti Smith - Glitter In Their Eyes" on Spotify!