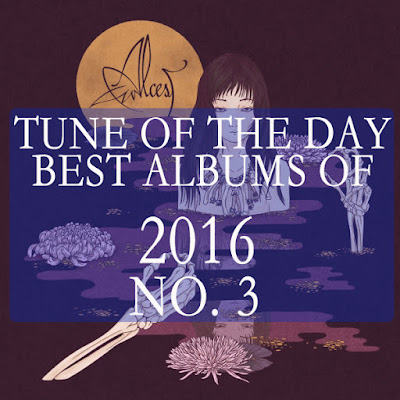 "Kodama" with the French blackgaze band ALCEST reaches the 3rd place on the Tune Of The Day's TOP 100 album list of the Best Albums 2016.

"Kodama" is a return to form for ALCEST. After indulging their poppier tendencies on 2014’s Shelter. "Kodama" (Japanese for "tree spirit" or "echo") is the fifth studio album by French rock band ALCEST. It was released on September 30, 2016 via Prophecy Productions. It is a concept album about "the confrontation of the natural world and the human world", inspired by Hayao Miyazaki's film Princess Mononoke. Musically the album is a return to the band's earlier blackgaze style, due to Neige's feeling that he "needed to go for something more punchy, darker, and more personal too." "Kodama" is also the first ALCEST album to feature Indria Saray performing on bass, though he has played with the band live for many years.

Listen to ”Alcest - Eclosion" on Spotify!