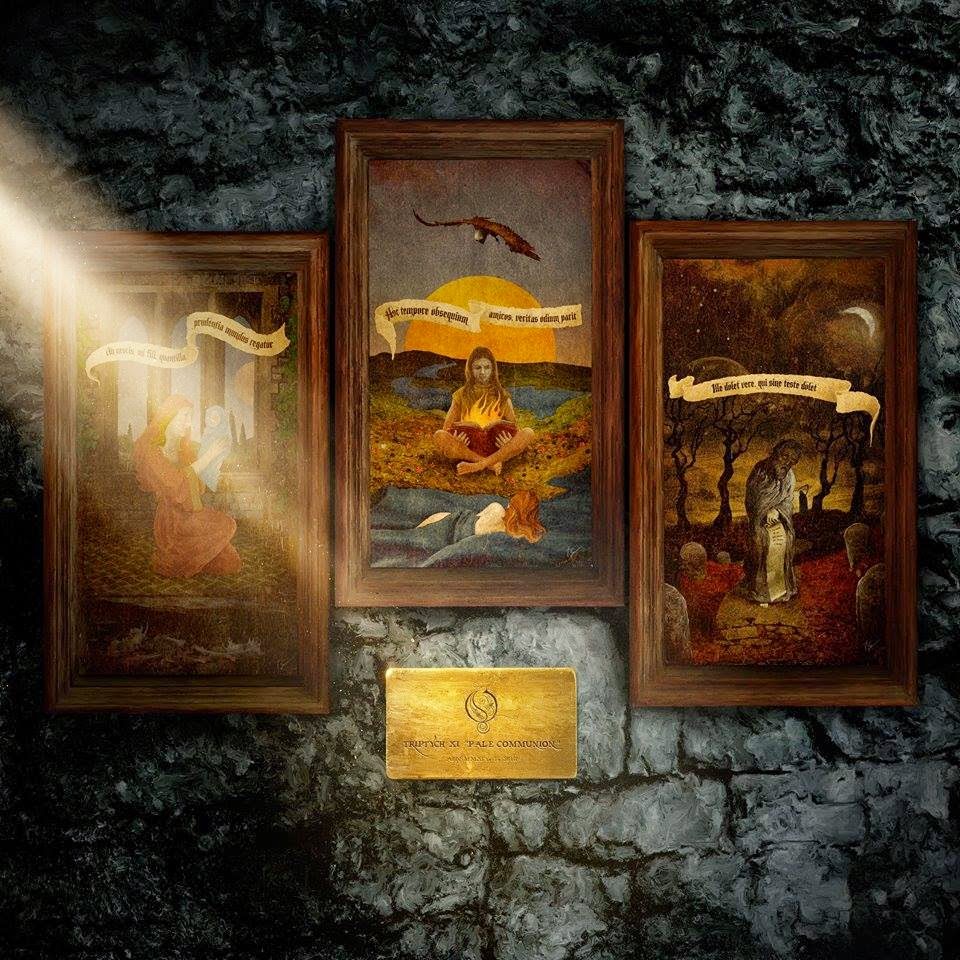 A new week, which means that we will present this week's "Record of the Week".

The Swedes follows up the previous and surprising genre twist 2011's "Heritage" with the new Opeth effort, Pale Communion.The band continues on with the progressive path they made on "Heritage". The production is more expansive than before and the songs have more affinity and do not sprawl as much as it did on the last album. However, I hear more classical references now, bands like Pink Floyd, Deep Purple, Genesis etc. appearing in the background.

The musicians are doing a fantastic job on Pale Communion, The most notable is Martin Axenrot who makes a huge impact on this record, he plays neat, stylish and this is probably the most well-filled drumming I've heard him do. Martin Mendez support Martin well and creates a perfect rhythm section. Joakim Svalberg on keys must really have fun on this record as he gets a lot of air and can jam freely. Åkerfeldt signs good, really good and handle his guitar excellent and his guitar partner Fredrik Åkesson handles the guitar just like that he could not do anything else, splendid in other words. 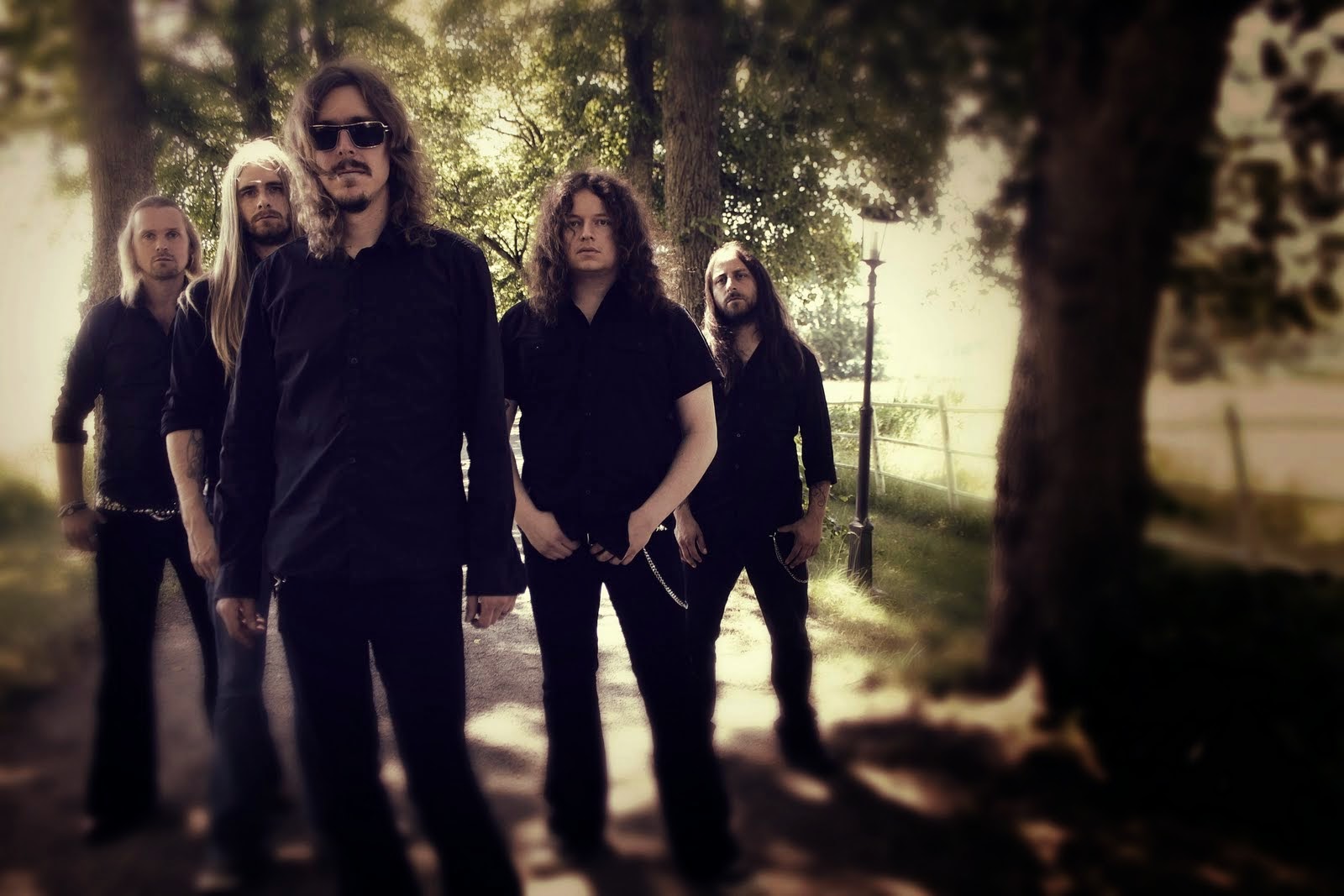 Pale Communion does really fill me up with exciting moments and keeps my interest flowing. The compositions are magnificence and full of dynamics and contrast. The sound on the Vinyl is amazing, a hell of  good pressing and It's a thrill and enjoyment to play this and I do enjoy playing this from the start to finish.

Mikael Åkerfeldt said of the album, "I wanted to do something more melodic with this album, so there's stronger vocal melodies and more melodies overall for this album." . 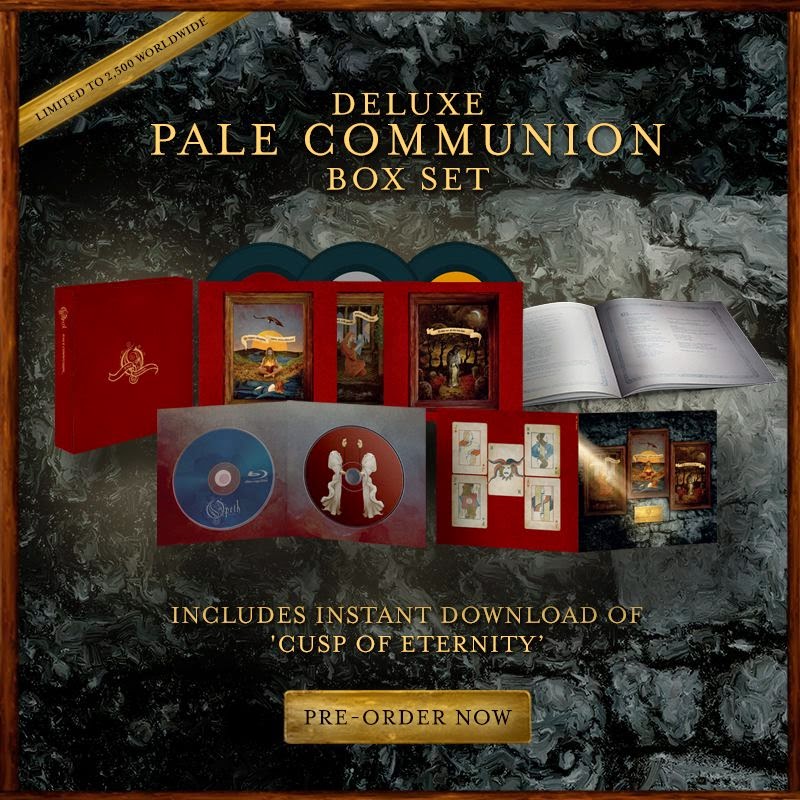 
Todays tune "Cusp Of Eternity" is taken from "Pale Communion" by Opeth, enjoy!

Listen to "Opeth - Cusp Of Eternity" on Spotify here!

Great song from a good sounding but overall dissapointing album.

The taste is of course different, this is an album that I like very much. An album that grows more and more you listen to it. However, this is no masterpiece but will be high on my top 10 when this year will be summarized. Sure you can miss the old, but in this point this works really well. Sure you can hope that they return to their roots with the next album.

I have to give many chances before I can give it my judgement.