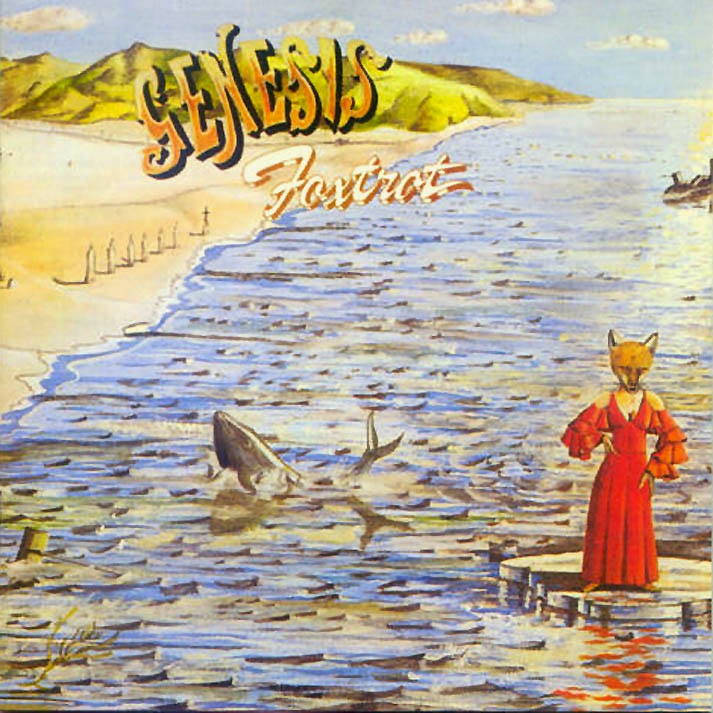 The end of the week is here and it's time for us to give you a Sunday Classic. With a timing of the Sunday dinner, we play a true classic, a song that in time makes it through the Sunday dinner.

Todays tune "Supper's Ready", taken from the fourth studio album "Foxtrot" by the English progressive rock band Genesis and the second from the band line-up which included Peter Gabriel, Tony Banks, Mike Rutherford, Phil Collins, and Steve Hackett. "Watcher of the Skies" and "Get 'Em Out by Friday" appeared on 1973's Genesis Live, while the 23-minute-long "Supper's Ready" was omitted due to space considerations, though Tony Banks once said "we felt we couldn't have two records coming out in succession with that on it." Live versions of "Supper's Ready" did appear on 1977's Seconds Out (with Phil Collins on vocals and Chester Thompson on drums), the 1998 box set Genesis Archive 1967–75, and the 2008 box set Genesis 1970–1975.

The 'fox on the rocks' (spelled "focks" on the rocks in the original LP printed lyrics) is mentioned in the lyrics of the "Willow Farm" section of "Supper's Ready", and is featured in the album artwork. This figure in a red dress with a fox's head became one of Gabriel's earliest stage costumes. 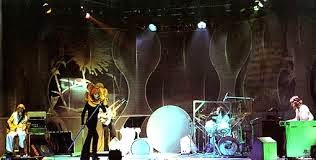 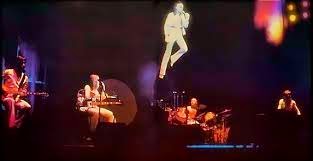 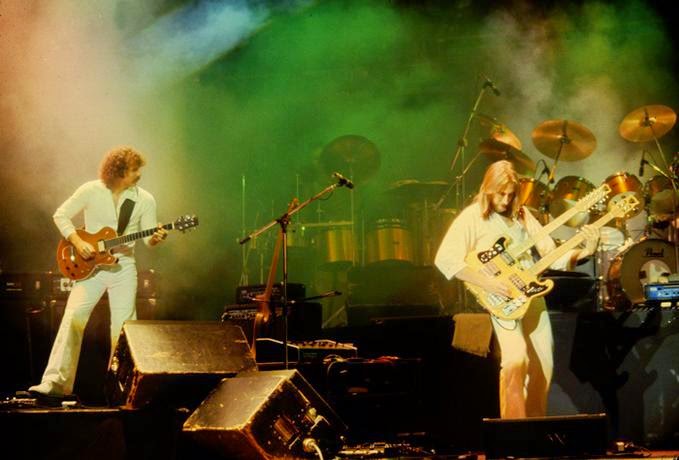 Anyway, "Supper's Ready" is a nearly 23 minutes in length, the song is divided into seven sections. A number of musical and lyrical themes do re-appear throughout. The melody of the verse in section I reappears as a flute melody between sections II and III. The melody of the chorus in section I reappears with new lyrics in the coda to section VI. And the song that comprises the majority of section II reappears briefly in instrumental form at the beginning of section VI, and then returns to form the body of section VII, with new lyrics.

One commentator regarded the structure of "Supper's Ready" as a variation of sonata form—a musicological analysis by Nors Josephson proposes that "section VII may be viewed as a Lisztian, symphonic apotheosis" of the "cyclical fanfares that originated in section II." On the other hand, the individual components of "Supper's Ready" are much closer to traditional rock songs than they are to classical pieces, even if they contain elements of both.

As with many progressive rock suites, the song undergoes multiple changes in time signature, key signature, Leitmotif, instrumentation, and mood.

In an interview, Peter Gabriel summed up "Supper's Ready" as "a personal journey which ends up walking through scenes from Revelation in the Bible....I'll leave it at that."

Live performances of "Supper's Ready" were preceded by Peter Gabriel telling a story. This is the story told at the Rainbow Theatre on 20 October 1973 (as released on the Genesis Archive 1967–75 set):

"Old [Michael] went past the pet shop, which was never open, into the park, which was never closed, and the park was full of a very smooth, clean, green grass. So he took off all his clothes and began rubbing his flesh into the wet, clean, green grass. He accompanied himself with a little tune—it went like this." [Gabriel briefly performs scat singing over Collins's drum accompaniment.]

"Beneath the ground, the dirty brown writhing things called 'worms' interpreted the pitter-patter from above as rainfall. Rainfall in worm-world means two things: mating and bath time. Both of these experiences were thoroughly enjoyable to the worm colony. Within seconds, the entire surface of the park was a mass of dirty, brown, soggy, writhing forms.

"He was still pleased, old Michael, and he began whistling a tune this time to accompany himself." [Gabriel then briefly whistles the beginning of the hymn Jerusalem.] " 'Jerusalem Boogie' to us, perhaps. But to the birds it meant that supper was ready."