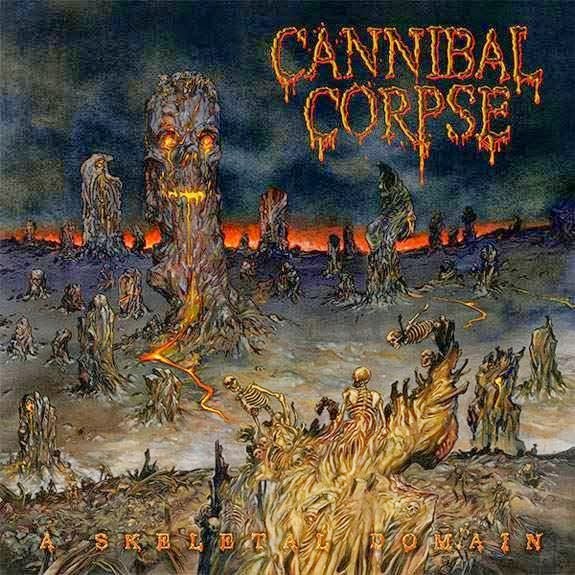 The Buffalo death metal band Cannibal Corpse has recently released a new blast beat "A Skeletal Domain". The album is filled with truly evil guitar melodies and dark sound. The album is the thirteen studio albums since the début album 1990 "Eaten Back to Life".

Cannibal Corpse was formed in 1988, the band has released thirteen studio albums, two box sets, four video albums and one live album. The band has had little radio or television exposure throughout its career, although a cult following began to build behind the release of their 1991 album Butchered at Birth, and 1992 album Tomb of the Mutilated. Both albums achieved worldwide sales of one million copies by 2003, including 558,929 in the United States, making them the all-time top-selling death metal band in the country.

The members of Cannibal Corpse were originally inspired by thrash metal bands like Slayer and Kreator, as well as other death metal bands such as Morbid Angel, Autopsy and Death. The band's album art (most often by Vincent Locke) and lyrics, drawing heavily on horror fiction and horror films, are highly controversial. At different times, several countries have banned Cannibal Corpse from performing within their borders, or have banned the sale and display of original Cannibal Corpse album covers. 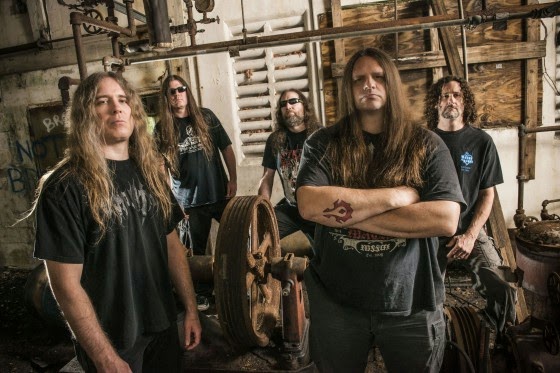 
The album A Skeletal Domain, were we find todays tune was produced Audiohammer Studios by Mark Lewis.

Bassist Alex Webster said "I think it's turning out to be kind of a dark-sounding album. Which, you know, it's a death metal album, so, of course, it should be kind of dark and eerie sounding anyway, but I think this one a little more than normal. That was kind of the direction the songwriting went in."

Todays tune "Kill or Become" is taken from A Skeletal Domain, the Video was released on 24th of September, 2014. Enjoy!

This will be their first European tour in support of their new album. The label mates Revocation have been confirmed as direct support while Swedish death metal heroes Aeon have been picked as the opening band. 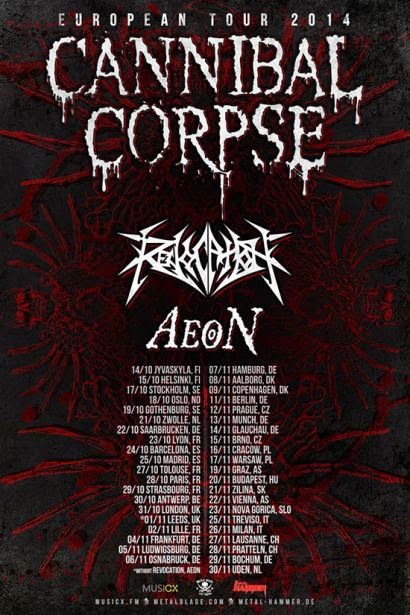 Listen to "Cannibal Corpse - Kill or Become" on Spotify here!