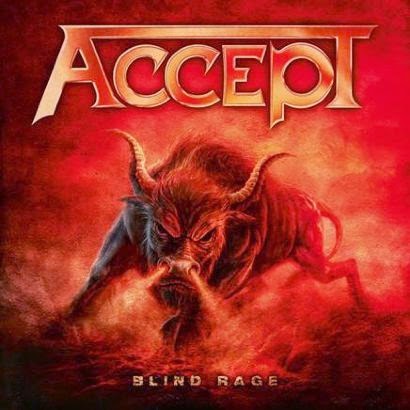 New week, time to announce this weeks Record Of The Week, Blind Rage is the fourteenth studio album by German heavy metal band Accept. It was released on August 15, 2014 on Nuclear Blast Records.

Accept is a German heavy metal band from the town of Solingen, originally assembled by former vocalist Udo Dirkschneider, guitarist Wolf Hoffmann and bassist Peter Baltes. Their beginnings can be traced back to the late 1960s. The band played an important role in the development of speed and thrash metal, being part of the German heavy metal scene, which emerged in the early to mid-1980s. Accept achieved commercial success with their fifth studio album Balls to the Wall (1983), which remains the band's only album to be certified gold in the United States and Canada and spawned their well-known hit "Balls to the Wall".

Following their disbandment in 1997 and short-lived reunion in 2005, Accept reunited again in 2009 with former T.T. Quick frontman Mark Tornillo replacing Dirkschneider and released their three highest charting albums to date, Blood of the Nations (2010), Stalingrad (2012) and Blind Rage (2014), the latter of which was Accept's first album to reach number one on the charts in their home country. They have sold over 17 million albums worldwide. 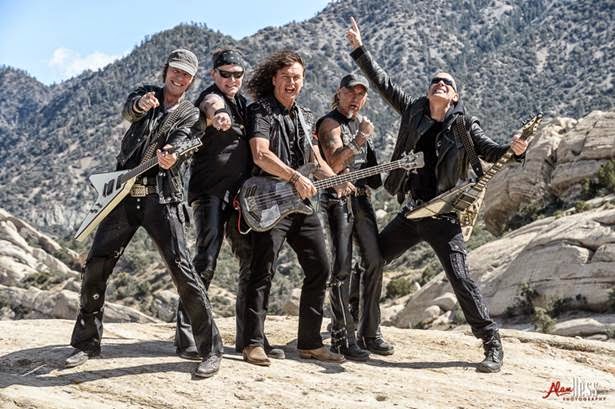 With the 3:rd red album with the new line up Accept have climbed back to the top again. With three killer albums in a row, they must have done a lot of impression and gained lots of new fans while having strengthened the confidence with their existing fans. Beside this they have probably or I should say absolutely guaranteed made ​​an mr UDO pretty jealous :).

The band continues to create around the Classic Accept recipe and delivers excellent music based on on the guitar tandem of Wolf Hoffman and Herman Frank together with Mark Tornillo rattled consistent voice, all backed up around Peter Baltes heavy bass playing and the tight drumming by Stefan Schwarzmann. This band is taking the German power metal standard and throwing just enough melodic twists and variations into the chord patterns it all sounds fresh and to make the perfect and pure metal.

Overall the Blind Rage is a solid, dynamic and incredibly vital album, Mark's have done more than anyone could've expected on the these 3 records so my metal heart of Accept beats stronger with each new release, buy it and if you live or are in Stockholm this week (Sep 30), go and see the them live for god sake. Tourdates below. 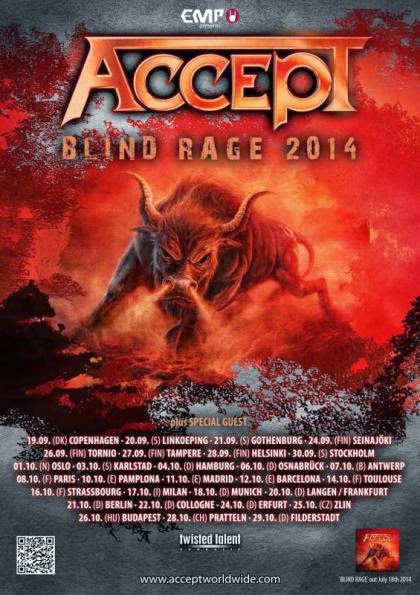 Todays tune "Final Journey" is the last track on the album but it's a real killer with heavy riffs and a chorus that will kill you instantly!