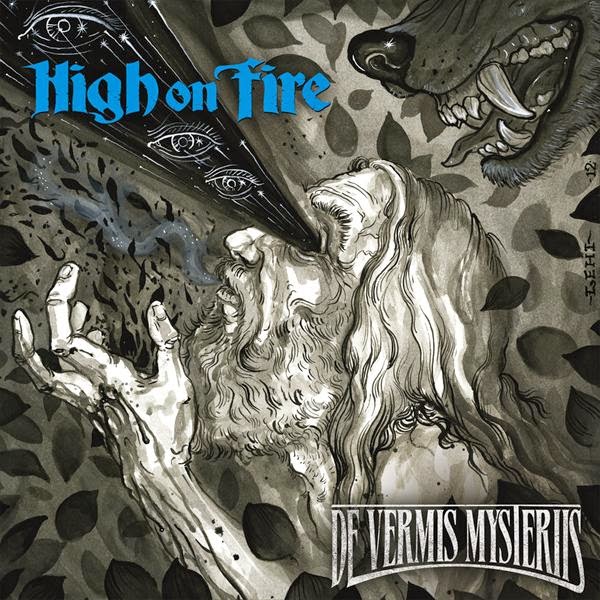 New week, which means that we will present this week's "Record Of The Week". The stoner metal band from Oakland, California "High On Fire" is a band that regularly visit the Tune Of The Day. 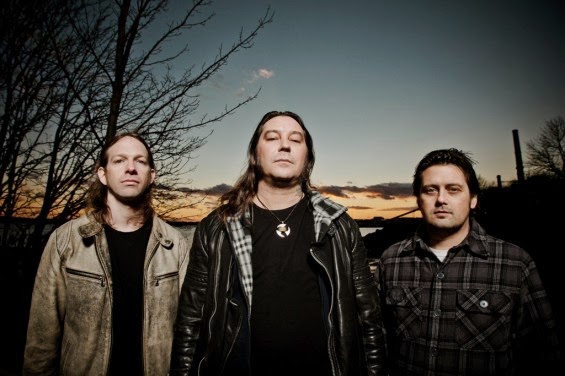 The bands sixth album "De Vermis Mysteriis" is a record that I listened to a lot in the beginning but did not quite grasped it, was probably too colored by the predecessor "Snakes for the Divine" that I liked very much. However, I have a recently found back to the record again, listened more and more and now I really like it as hell. I really dig the hardness, the raw power, the veiling sound that Matt Pike has got true this record, it's simply more High On Fire!

Just check it up, give it more than a few spins and you will love it. Yes I got this one on Vinyl with the Blue text. But there is also one with Red text! 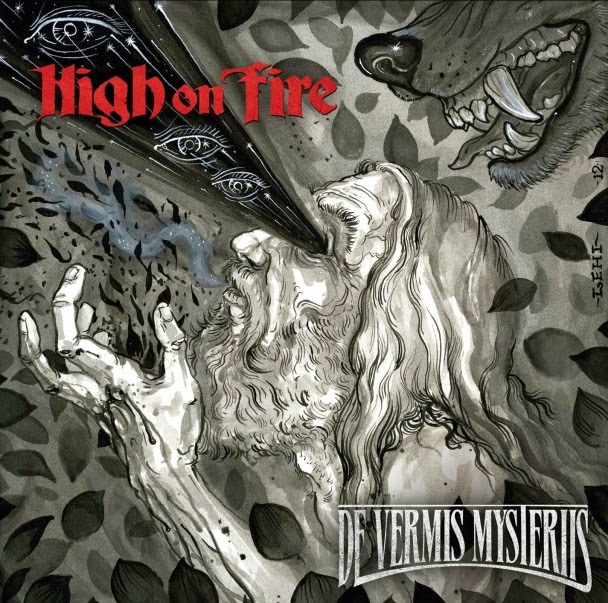 The album’s title (translation: “The Mysteries of the Worm,”) is a nod to a fictional grimoire conceived by the late, great Psycho author Robert Bloch in 1935 and later incorporated into horror master H.P. Lovecraft’s renowned Cthulu Mythos. “It’s a concept record, a little bit,” Pike offers. “I got this idea about Jesus Christ and the Immaculate Conception: What if Jesus had a twin who died at birth to give Jesus his life? And then what if the twin became a time traveler right then? He lives his life only going forward until he finds this scroll from an ancient Chinese alchemist who derived a serum out of the black lotus—which is actually in Robert E. Howard’s ‘Conan’ stories—and then he starts traveling back in time. He can see the past through his ancestors’ eyes, but his enemies can kill him if they kill the ancestor that he’s seeing through at the time. Basically, he keeps waking up in other people’s bodies at bad times. It’s kinda like that old TV show Quantum Leap. Kurt actually pointed that out to me after I told him the idea. But whatever—time travel is a killer concept.”

High On Fire was formed in 1998. Matt Pike, the band's frontman and founder, also plays guitar for the influential stoner doom band Sleep. 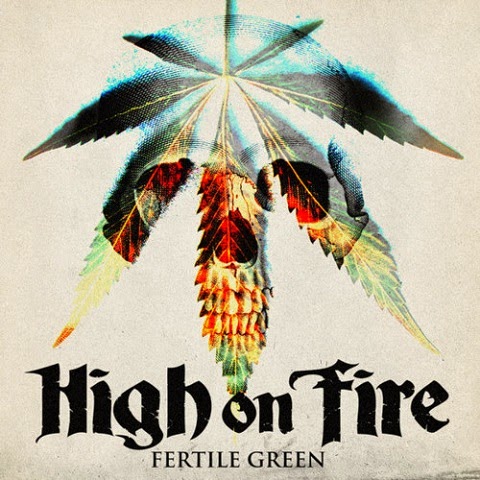 Todays tune "Fertile Green" is taken from the Record Of The Week.

Listen to "High On Fire - Fertile Green" on Spotify here!