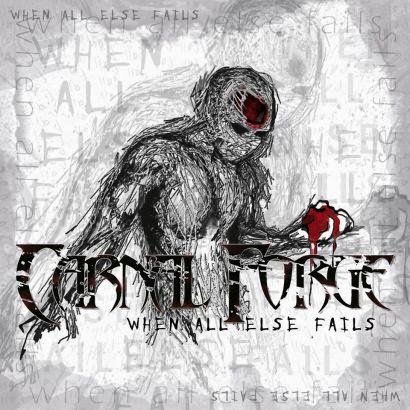 Swedish thrash veterans Carnal Forge is back with a brand new single "When All Else Fails", the single includes the songs "Chemical Disincorporation" and "Bleed For Me"

Carnal Forge are a Swedish band, best classified as thrash metal with some melodic death metal influences. The songs tend to be very fast and violent.

Their name originates from a song on Carcass's album Heartwork. 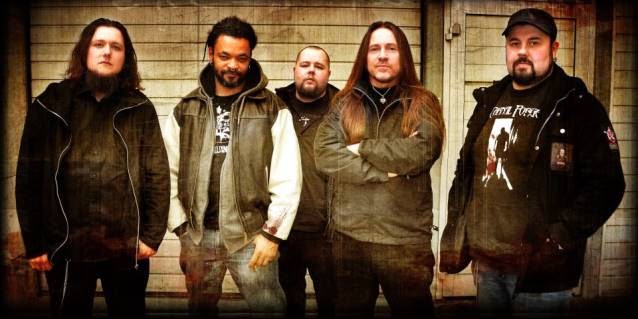 Formed in 1997 by Jari Kuusisto & Stefan Westerberg in Sala Sweden, CARNAL FORGE released its debut, ”Who’s Gonna Burn” (War Music), in 1998. After signing with Century Media in early 2000, the band released ”Firedemon” later in the year.

Petri Kuusisto joined and the band would tour Europe supporting The Haunted and Nile and make the first of several prestigious festival appearances.

Vocalist Jens C. Mortensen would join the band’s ranks in late 2004. In early 2005, the band began work on new material and the first pre-prod recordings with Jens were made late 2005. In 2006 demos of all songs were made and in Oct the real recordings started.

In January 2007, the band signed to Candlelight Records. "Testify For My Victims" was released June 2007. Director Owe Lingvall (Village Road Film) has made two videos for the songs "Burning Eden" and "Numb (The Dead)". Both videos recorded in Umeå, Sweden in January 2007, and additional photage for ”Numb”during the fall.

In November 2007 Jens and Jari both decided to part ways with Carnal Forge for personal reasons. Shortly after the replacements were found in Peter Tuthill (Vocals), and Dino Medanhodzic (Guitar). Peter Tuthill released 2 albums with Construcdead prior to joining Carnal Forge. Dino Medanhodzic has released one album with Soulbreach and is also a well reputated album producer as well as video director.

On the 27 of September 2009 Carnal Forge released the first song with the new line up. The song is called "Blood War". Blood War is written, recorded & produced by Carnal Forge in their own studio in Sala and mixed by Dino Medanhodzic.

In Jan 2010 Stefan Westerberg left the band and was replaced by Chris Barkensjö.

The video for Blood War was released in June 2010. This was Stefan Westerbergs last appearance with the band.

After the Rock Weekend Festival 2010, the band took a break and some of the members has been working on side projects.

Some of the names may have changed, but CF is back in full force to reclaim their position as one of the heaviest most hard hitting bands ever... and don't call it a comeback, these guys just took a pause... to gather their strenght and focus on what's important.

Back in the game is original founder Jari Kuusisto on rythm guitar and vocalist Jens C. Mortensen that sang on the latest highly acclaimed full length album Testify For My Victims. Long time strugglers Lars Lindén (bass) and Petri Kuusisto (lead guitar) are very happy with this line up and it is completed with Lawrence Dinamarca on drums (Loch Vostok, Bleeding Utopia).

The 7th upcoming album is set for release in 2015.

Todays tune is "Chemical Disincorporation" is taken from the latest single "When All Else Fails", it's a real killer, enjoy!

A little off topic, I do know Jens in private, we have worked together many time and I just love the lad, for an example, when we did a tour with a Swedish artist that Jens adore, we had actually quite fun together, especially one thing that I remembers was when we had showered and would get on to the bus that would take us to the next town, did Jens jumped into a pink, yes pink "One-Piece" that he scuttled on around in the bus, even when it came time to Pee break he went out and run around like a rabbit. No, no pictures will be published here, but on my instagram you can find one :)

Never heard this guys before, but it sounded awesome, so huge thanks for this.