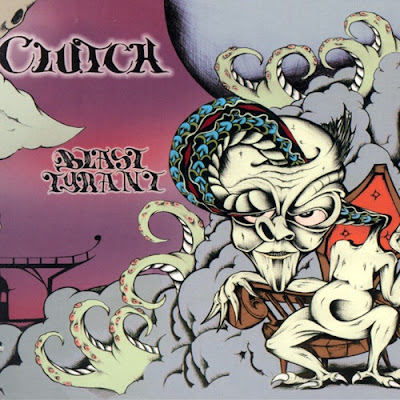 Last weekend, did Clutch visited Stockholm for a gig at Klubben. Support band that night was Kamchatka, that we had yesterday at Tune Of The Day! Clutch is constantly on tour, visiting Sweden regularly. I have seen them a couple of times already. Clutch is a band that I really think delivers quality live, basically every time.

Ok, even this evening became a really good, with a nice mix between the songs, oh yes, they did the same deal as before regarding to the setlist for the evening, ie, that a band member chooses which songs to be played and then they play them, so for a concert visitors, every gig will becomes a surprise. During the Scandinavian dates, Clutch get some injection of keyboardist Per Wiberg (ex Opeth ) who really spices up the music and it sounds amazing live. One thing I have thought about in terms of the band and when they play live, where is the communication? It looks like they live in their own bubble. Communication must take place through the music, for Christ's sake, they are so tight in live.

Here is a few photos: 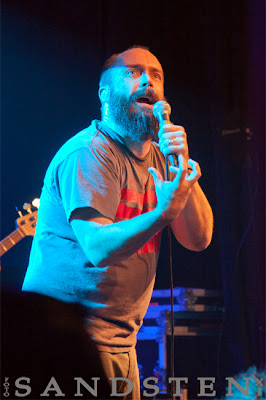 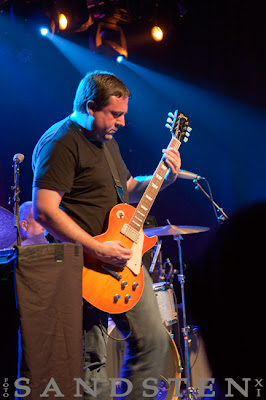 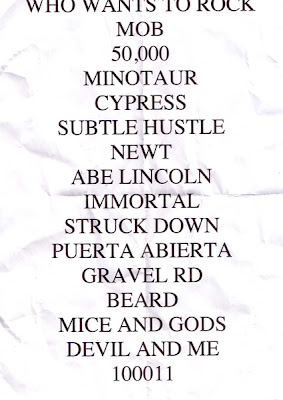 The band is from Germantown, Maryland in the States. They have been playing together since the early 1990s. Each Clutch album is marked by a distinct and cohesive sound dubbed the ultimate jam band. The musical style of the band has migrated from heavy metal and hardcore punk to hard rock. The band has also integrated funk influences into their rock sound. Strong blues influences have also become prominent in the releases of the later years as vocalist/guitarist Neil Fallon notes: "We've been really conscious of the blues over the last couple of years, and you have to admit that the blues really is the source of all rock and roll. I think it's important to go to the source to find that inspiration."

Todays tune "The Mob Goes Wild" is taken from the sixth full-length studio album "Blast Tyrant", released in 2004, and contains 15 tracks. The unabridged title of the album is Blast Tyrant's Atlas of the Invisible World Including Illustrations of Strange Beasts And Phantoms.

A reissue of the album was released on May 10, 2011 through Clutch's own label Weathermaker Music. The reissue contains all of the original recordings from Blast Tyrant, along with a second bonus disc entitled "Basket of Eggs." The second disc contains 10 songs: acoustic versions of "Tight Like That", "Basket of Eggs", "The Regulator", and "Drink to the Dead" as well as some unreleased material. The album will also be released on Vinyl, December 13th (See more info below)

Speaking about the album, Corey Taylor (the lead vocalist of Slipknot) said "Blast Tyrant is one of the best records I've ever heard. Every track is gold- at least to me".


The double vinyl package will also be available at North American retail outlets prior to the holidays. On December 13th, Weathermaker Music will release to Clutch friendly retailers, a limited amount of Blast Tyrant vinyl which will include an exclusive 7" picture disc, of which only the Clutch band members know the content! Look for a special announcement when the band returns from their European tour.

In addition to their already scheduled holiday shows, Clutch have added two shows in Austin, Texas on December 17th and December 18th. The show on the 17th will be at the brand new Emo's East and the show the following night will be a very intimate show with Clutch playing at the Emo's Inside Room. Tickets for both shows are on sale today. There will also be a limited number of VIP tickets for both shows.

Listen to ”Clutch - The Mob Goes Wild" on Spotify here!