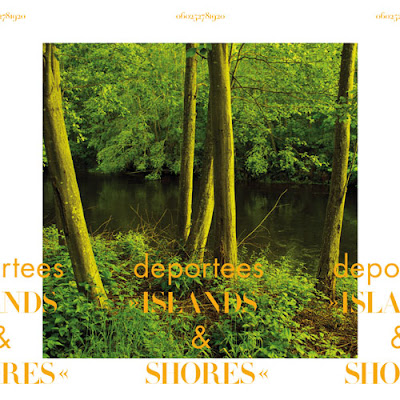 A week ago did Deportees visited Stockholm at Berns, a sold out house generated one more day at the Berns, which also became sold out, great fun for the band, I must say. Working at Berns feels sometimes a little luxury In some way. This was a fairly soft event with a bunch of musicians who was typically Swedish, you know, like that little reclusive and wary. But the band made ​​a good impression on me, even that this kinda music not immediately turns me on.

Support act for this event was a kinda interesting constellation named "Winhill/Losehill" which was kinda cool, nice and well played live, check them out if you like indie music.

"Winhill/Losehill" also took the opportunity to record a video at the Berns, too their first single, listen to Spotify. 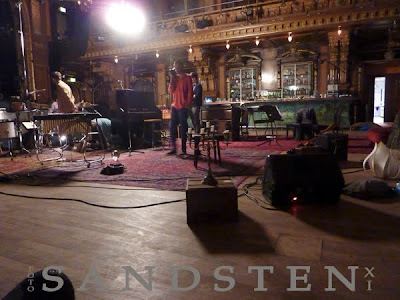 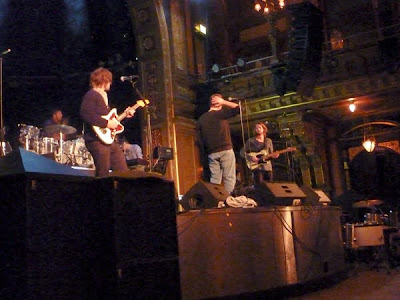 Deportees are a Swedish band from Vindeln and Umeå, formed in 2003, consisting of brothers Peder Stenberg (vocals) and Anders Stenberg (guitar), in addition to Thomas Hedlund (drummer) and Mattias Lidström (keyboard).

The debut single "Arrest Me 'til it Hurts", a peculiar song with influences of pop, funk, country music and Prince. The single generated considerable interest among the public and the critics, it was followed by the first full length CD All Prayed Up in 2004. The album was nominated for two Swedish Grammies, for "Best new artist" and "Best pop group".

The band toured Sweden, United States, the UK and Ireland. In 2006, for their second album Damaged Goods, they cooperated with producers Pelle Gunnerfeldt and Björn Yttling. Their third album Under the Pavement - The Beach in 2009 was produced by Måns Lundberg. They won the P3 Gold award for Best Pop in January 2010. Their 4th album released in October 2011 is titled Islands & Shore. 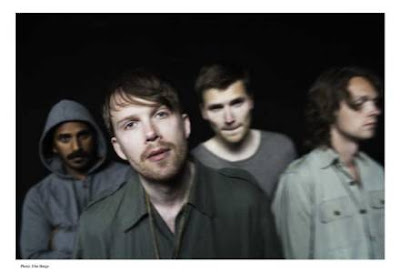 Some bonus stuff for you guys!!!

An interview with Deportees by Gimme Indie

Here is some live stuff from Berns!
1. When Buildings Sleep
2. Medicate It Right

Listen to ”Deportees - Islands and Shores" on Spotify here!