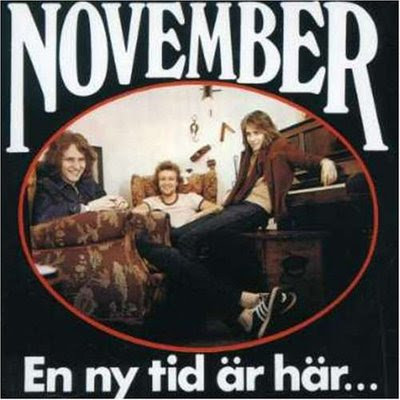 During the show of Abramis Brama at Debaser Slussen last Saturday, did they invited up one guest on the stage, it was none other than Björn "Binge" Inge, who according to Abramis Brama´s statement, that he was the one who were behind the band,inspired them, pushing them forward to continue recording new materials and keep the flag flying. This was a very pleasant surprise . Ran in to "Binge" after the show, who told me about his new band "Mårran" that soon will be releaseing their debut album. This will be very interesting to listen to. So today we serve you guys a tune from a classic "Binge" band.

November is a Swedish rock band formed in Stockholm, Sweden in 1969 by Christer Stålbrandt,
Richard Rolf and Björn Inge. Their music was partly inspired by American acid rock, but heavy and blues based like a mixture of Cream, Mountain and Led Zeppelin. November started in 1968 at Tegelhögen, a youth club in Vällingby (a Stockholm suburb). At this club Christer Stålbrandt and Björn Inge played together with two friends as The Imps. After a few months Stålbrandt left the group to form a new group called Train. Björn Inge joined shortly after. Train also included Snowy White on guitar. In the early autumn of 1969 Snowy decided to return to his native homeland, England, and Richard Rolf joined as their new guitarist.

On November 1st, 1969 they supported Peter Green's Fleetwood Mac at the Que-Club in Gothenburg, and therefore they decided to call themselves November.

November recorded three albums which all reached high places on the Swedish charts. After their last concert at club Domino on New Year's Eve 1972 the band split up and had up until 2007, only performed once, namely during the release party for the CD November-Live 1993 (recorded on tour in 1971) on 30 Nov 1993.

Christer Stålbrandt moved on starting the group Saga, Björn Inge joined jazz rockers Energy, and Richard Rolf was one of the forming members of Bash and later on joined Nature.

Here is some pictures of "Binge" in action at Debaser Slussen, with Abramis Brama. 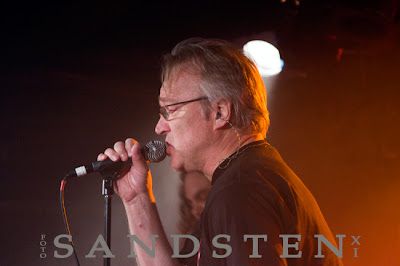 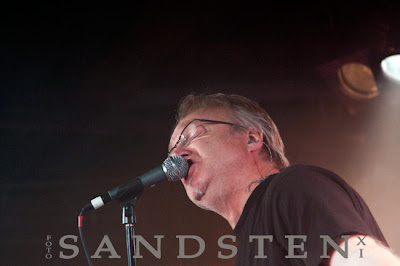 Today's tune "Sekunder" is taken from November's first album, "En ny tid är här..." ("A new era is here)". The album was released in summer 1970 at the record company Sonet and became a sales success, with 8 weeks on "Kvällstoppen". The song "Mount Everest" was released as a single and was two weeks on the Top Ten list. To sing hard rock in Swedish, it was basically just Pugh Rogefeldt that done that before November.