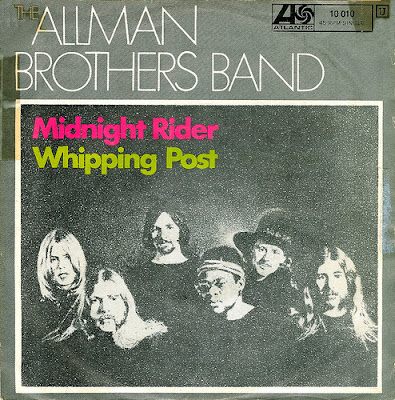 "Midnight Rider" is a song by the American rock band THE ALLMAN BROTHERS BAND. It was the second single from their second studio album "Idlewild South" (1970), released on Capricorn Records. The song was primarily written by vocalist Gregg Allman, who first began composing it at a rented cabin outside of Macon, Georgia. He enlisted the help of roadie Robert Kim Payne to complete the song's lyrics. He and Payne broke into Capricorn Sound Studios to complete a demo of the song.

While the original ALLMAN BROTHERS release of the song did not chart, "Midnight Rider" was much more successful in cover versions. Gregg Allman's solo version of the song, released in 1973, was its biggest chart success; it was a top 20 hit in the U.S. and Canada. A cover by Jamaican singer, Paul Davidson, represented its biggest peak in the United Kingdom, where it hit number ten. Country artist Willie Nelson also recorded a version of the song that peaked at number six on U.S. country charts. 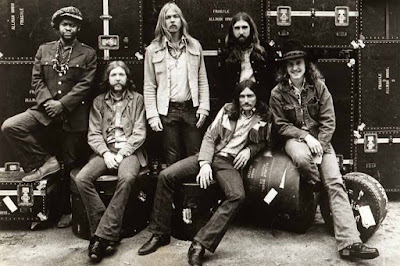 "Midnight Rider" originated during the group's time spent at Idlewild South, a $165-a-month farmhouse they rented on a lake outside of Macon, Georgia. Allman felt free to smoke marijuana with no police around, which contributed to his writing at the cabin. Its genesis was quick: the song came to him out of nowhere, and he completed a rough draft in just over an hour of writing. He found himself stuck on the song's third verse, which he regarded as an especially important component of the song: "it's kind of the epilogue to the whole thing," he later wrote. In the middle of the night, he went to roadie Kim Payne, who was keeping watch over the band's warehouse, where they kept their equipment. Payne helped him write the first two lines of the third verse: "We were getting high and, honestly, he was starting to irritate me—because he was singing this song over and over and I got sick of hearing the band play the same shit over and over again until they got it right," he later recalled. "So I just threw out the line, 'I've gone past the point of caring / some old bed I’ll soon be sharing.'" 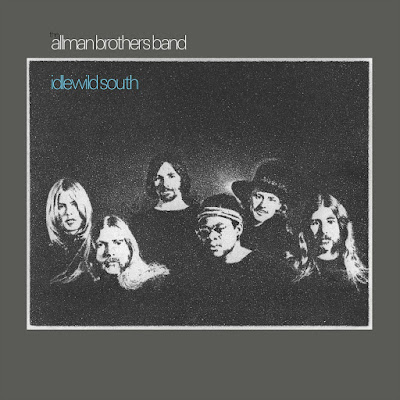 Thankful for Payne's help, he told him he would give him a percentage of its royalties should it become a success. Payne was not originally listed as a songwriter on the song, so he later had Allman contact Phil Walden to produce a contract that allowed him five percent of its future royalties.

Allman wanted to record it immediately, but had no keys to Capricorn Sound Studios, which was adjacent to the warehouse. They phoned both producer Johnny Sandlin and Paul Hornsby who "told us to go to hell, come back in the morning," according to Payne. Intent on recording the song, Allman and Payne broke into the building, with Payne smashing a window on a door to allow him to unlock it. After managing to turn on the recording console and microphones, Allman recorded a demo by himself on acoustic guitar. Unable to find the band members, he enlisted friend Twiggs Lyndon to perform bass guitar on a rough demo, though Lyndon did not know how to play the instrument. Allman instructed him to play the bassline he had envisioned and Lyndon practiced it multiple times to prepare. He later found Allman Brothers drummer Jaimoe and had him perform congas on the demo. In the final studio recording, Duane Allman plays acoustic guitar, as he had enough studio experience to produce a nice acoustic sound.


Allman called it "the song I’m most proud of in my career."

"Midnight Rider" uses traditional folk and blues themes of desperation, determination, and a man on the run: 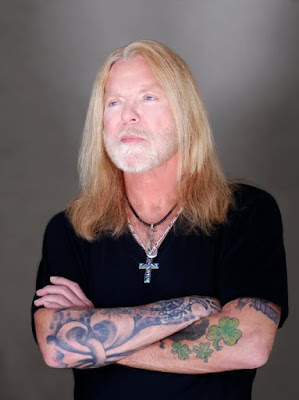 Gregg Allman last concert took place in October 2016, and he continued to cancel concerts citing "serious health issues". In April 2017, he denied reports that he had entered hospice care, but was resting at home on doctor's orders. One month later, Allman died at his home in Savannah, Georgia, on May 27, 2017, due to complications from liver cancer. He was 69 years old. He will be buried at Rose Hill Cemetery in Macon, Georgia, where his brother Duane, and fellow band member Berry Oakley are also interred.

Before his death, Allman recorded his last album, Southern Blood, with producer Don Was at FAME Studios in Muscle Shoals, Alabama. The album was recorded with his then-current backing band. It was set originally for a January 2017 release; his manager Lehman confirmed the album is now set for a September release.

In My Cross to Bear, Allman reflected on his life and career:

Music is my life's blood. I love music, I love to play good music, and I love to play music for people who appreciate it. And when it's all said and done, I'll go to my grave and my brother will greet me, saying, "Nice work, little brother—you did all right." I must have said this a million times, but if I died today, I have had me a blast.

Listen to ”The Allman Brothers Band - Midnight Rider" on Spotify!