Place of Skulls - The Black is Never Far 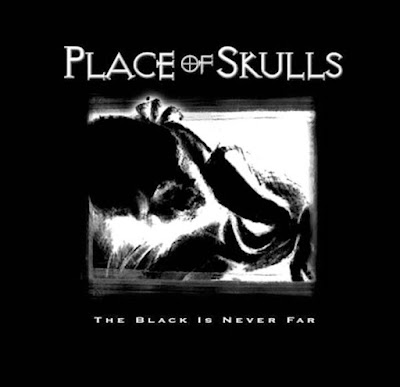 Busy times with a lot of work makes music listening suffer a bit, the pile of new records are growing again. So this week I pick an album that have a few years of playing time, an album that was in the pile of recommendations and now ended up as a "Record Of The Week"

"The Black is Never Far" is the third full-length album by PLACE OF SKULLS. The band is from Knoxville, Tennessee and was formed in 2000 by PENTAGRAM, ex-DEATH ROW, ex-CATHEDRAL, guitarist Victor Griffin. Griffin left PENTAGRAM in 1996 and during this time before starting the band, became a Christian. The name is a biblical reference to Golgotha. The band put out their debut album "Nailed", on Southern Lord Records in 2002. Many of these songs deal with Griffin's new found faith in Christianity. Four songs from the "Nailed" session were explicitly Christian and for this reason did not appear on the album. These were released as the "Love Through Blood" EP in 2005. Scott "Wino" Weinrich joined the band for their second album, "With Vision". This album was released by Southern Lord Records in 2003. Shortly after, Wino left the band to concentrate on THE HIDDEN HAND. In 2006 the band signed to Germany's Exile on Mainstream Records and released the album, "The Black Is Never Far". In 2010, the band released their fourth album, "As a Dog Returns".  2014 Griffin rejoined PENTAGRAM. June 17, 2016 the band released the album "In-Graved". 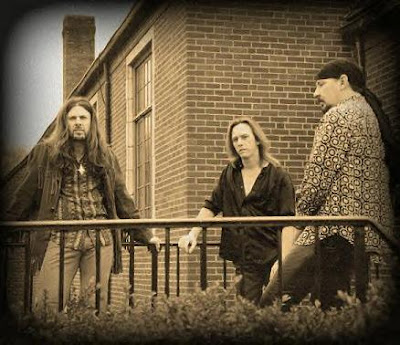 "The Black is Never Far" is a soulful rock album with music from a dark place, light doomish, light SABBATH riffing by guitar slinger and vocalist Victor Griffin. His vocals delivers husky, thick melodies that are filled with worldly destruction and as the album title indicates, the road to Hell is never more than a few missteps away. The album kicks of with real stoner chug "Prisoner's Creed", thick and heavy riffing. "Relentless" is another heavy rocker. "Sense of Divinity" is a heavy piece where SABBATH vein blows true the tune, great song work. "Darkest Hour" starts soft and beautifully before it erupts with SABBATH riffing, but keeps the calm , truly nice guitar work on this tune. "Interlude #1, #2, #3" are more like guitar picking intros. The half pace-acoustic tunes like the title track and the closer "Changed Heart" are very beautiful, melancholy with a sense of compassion. "Lookin' For a Reason" is a blusey one, with a guitar playing that is incredibly sensitive, moving, almost heartbreaking, brings a new meaning to the term of manly sorrow and sadness.

Sum: If you are up 2 some melancholy blues-doom, then "The Black is Never Far" is absolutely you're thing!

Listen to ”Place of Skulls - The Black is Never Far" on Spotify!