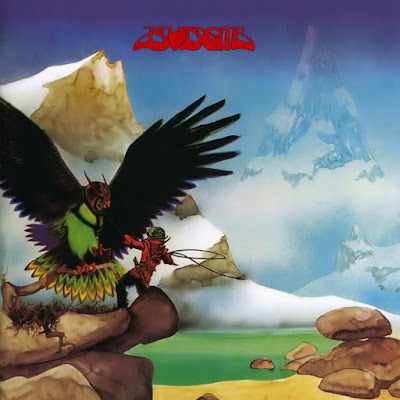 "Breadfan" is a heavy metal song originally recorded by BUDGIE, appearing on their 1973 album "Never Turn Your Back on a Friend". The title refers to a person's relationship to money, "bread" being slang for money. The lyrics highlight the moral dilemmas on what to do with money; keep it, give it away, spend it and to ultimately be free of it and not to let it rule your life. This song was also featured in the video game Brütal Legend and its introduction used in a Brazilian sports TV news Globo Esporte.

BUDGIE are a Welsh hard rock band from Cardiff. They are described by author Garry Sharpe-Young as one of the earliest heavy metal bands and a seminal influence to many acts of that scene, with fast, heavy rock (an influence on the new wave of British heavy metal (NWOBHM) and acts such as METALLICA) being played as early as 1971. The band has been noted as "among the heaviest metal of its day". 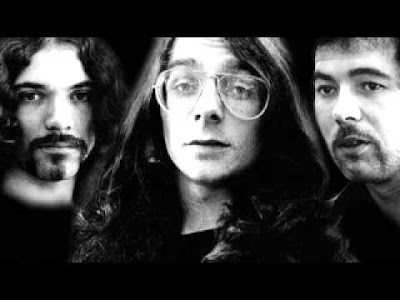 METALLICA released a cover of the song in September 1988 as a B-side to their "Harvester of Sorrow" single. It was later included on their 1998 album Garage Inc., and was also used as an encore during their 1988-1989 tour supporting their "...And Justice for All" album. A live video version is present on the "Live Shit: Binge & Purge" boxed set, taken from their Seattle concerts on August 29 and 30, 1989 where it was performed in the second encore. It was also played with frequency during the Madly In Anger with the World and World Magnetic Tours. A short clip of "Breadfan" is played at the beginning of the "Whiskey in the Jar" music video. METALLICAs drummer, Lars Ulrich, is a big fan of Budgie and visits them when he's in the UK. METALLICA also covered BUDGIEs 1971 song "Crash Course in Brain Surgery."

For those who don't know, the story behind the video goes something like this...

BUDGIE manager Graham Moloney had made repeated attempts to get BUDGIE on the Old Grey Whistle Test TV show, without luck. He said that the show's producer and director Mike Appleton and Colin Strong just didn't want to know.

So BUDGIE did the "Breadfan" video independently in a London studio. A late technical problem with the filming of a Sly Stone concert meant "Breadfan" got played on OGWT on 24 July 1973.

About 10 years ago. ex-Bandolier member Terry Cubberley bought a copy of the 18mm video tape of "Breadfan" on eBay. The tape had video but no sound. Terry sent the tape to ex-BUDGIE drummer Ray Phillips and Ray got someone he knew at BBC Wales to transfer the video from the deteriorating tape to digital media, and dub/sync the audio.

Listen to ”Budgie - Breadfan" on Spotify!

Email ThisBlogThis!Share to TwitterShare to FacebookShare to Pinterest
Etiketter: Breadfan, Budgie, Classic Rock, Hardrock, Never Turn Your Back on a Friend, Sunday Classic