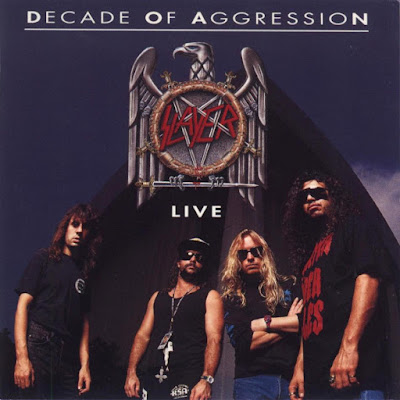 Decade of Aggression is a double live album by SLAYER, released on October 22, 1991 through Def American Records (later renamed to American Recordings) and produced by Rick Rubin. The album was recorded in three separate places on three separate dates. Its working title was "Decade of Decadence" until MÖTLEY CRUE registered the name. Three of the album's tracks were included in the box set "Soundtrack to the Apocalypse".

While touring on the "Clash of the Titans" tour to promote the 1990 studio album "Seasons in the Abyss", separate sections of the "Decade of Aggression" album were recorded on October 14, 1990, March 8, 1991, and July 13, 1991, however, AllMusic said that Rick Rubin's production "seems to be in terms of shaping the live sound to make it sound like this is all one gig."

“The main record was one and then we had other songs that we played a different night that we added to the package, and that was our first live experience, the first anyone could have SLAYER live unless it was a tape-trading kind of thing from way back when. So it was kinda cool, you know, we were proud of it”.
— Kerry King 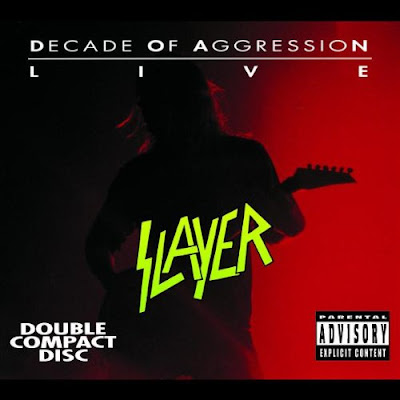 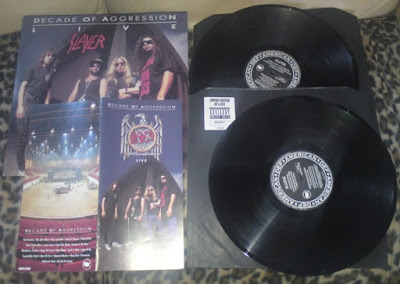 The album does not feature an overdub of guitars. In The Rough Guide To Rock, it was said to be "intense" and "put studio favorites through the live shredder in a brutal and definitive manner." Most of the tracks were a selection from "South of Heaven", "Reign in Blood" and "Seasons in the Abyss". The album's total duration is one hour, twenty-five minutes, and twenty-eight seconds (85:28). Three of the album's tracks were included in the box set "Soundtrack to the Apocalypse".

The ultimate live album in the early history of the "Big 4" in american thrash. This is good old SLAYER. Old school thrash, kick ass. Overall it's fast deadly rhythms, with some aggressive vocals and intense drumming in one intense package that is a blast. 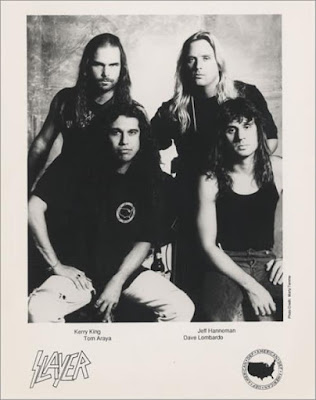 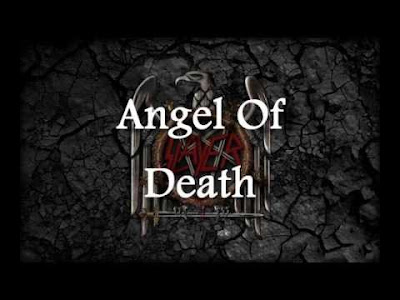 Today's tune "Angel of Death" is the opening track on the American thrash metal band SLAYERs 1986 album "Reign in Blood". The lyrics and music were written by SLAYER guitarist, Jeff Hanneman and are based on Nazi physician Josef Mengele, who conducted human experiments at the Auschwitz concentration camp during World War II. "Angel of Death" led to the band facing accusations of Nazi sympathizing and racism throughout their career.

Despite the controversy surrounding the song and its contribution to the delay in the release of Reign in Blood, "Angel of Death" is featured on all of SLAYERs live albums and DVDs and has appeared in several movies. The song was well received by critics; Steve Huey of AllMusic described it as a "classic".

Listen to ”Slayer - Angel Of Death" on Spotify!