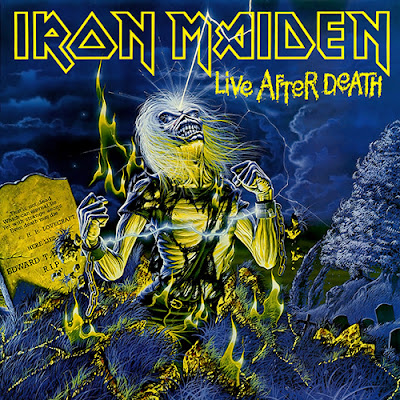 "Live After Death" is a live album and video by the English heavy metal band IRON MAIDEN, originally released in October 1985 on EMI in Europe and its sister label Capitol Records in the US (it was re-released by Sanctuary/Columbia Records in the US in 2002 on CD and by Universal Music Group/Sony BMG Music Entertainment on DVD). It was recorded at Long Beach Arena, California and Hammersmith Odeon, London during the band's World Slavery Tour. 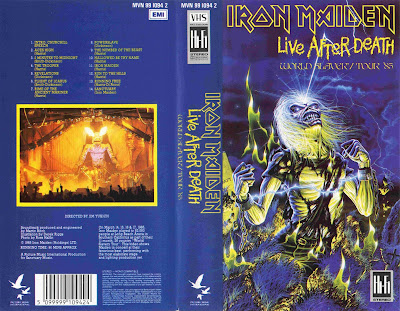 The video version (VHS) of the concert only contains footage from the Long Beach shows and was reissued on DVD on 4 February 2008, which coincided with the start of the band's Somewhere Back In Time World Tour. In addition to the complete concert, the DVD features Part 2 of "The History of IRON MAIDEN" DVD series, which began with 2004's The Early Days and continued with 2013's Maiden England '88, documenting the recording of the "Powerslave" album and the following World Slavery Tour.

Even though IRON MAIDEN has done many great live albums, this is their most memorable and iconic of them all, well I was just a kid when this got released and I do still have the copy left, pretty worn out, but hey it's a classic and I need to purchase a new copy of it. The cover is a real beauty, amazing artwork to hold in your hand, almost like you would frame it and put it up on your wall! (Cover art was done by Derek Riggs, and pictures the band's mascot, Eddie, rising from a grave. Engraved on his tombstone is a quote from fantasy and horror fiction author H. P. Lovecraft's The Nameless City) 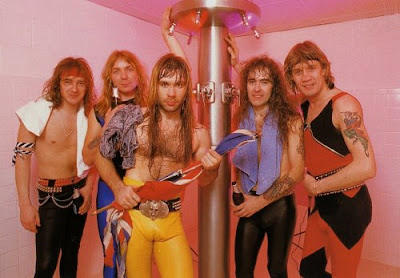 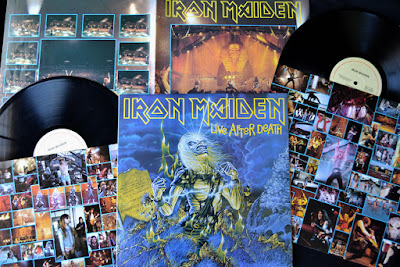 "Live After Death" is the first live album and It's a real killer, I mean they deliver all the classic's from 1984 and backwards. Tunes like "Powerslave", "The Number Of The Beast", "The Trooper", "Aces High" and "Phantom Of The Opera" among others and of course today's tune, a real smoking version of "Rime of the Ancient Mariner". It sounds like that the band is having their time of their life during this performance, the tunes are made with a amazing vicinity throughout the entire show, nailing it note for note with an energy and excitement that I have not encountered on any other live album with IRON MAIDEN.

Sum: If you love IRON MAIDEN you will love this, get it! 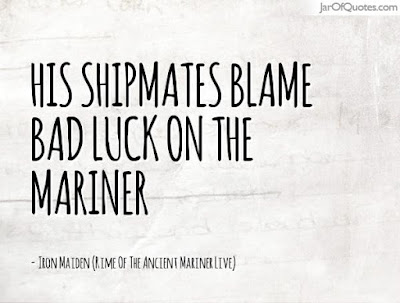 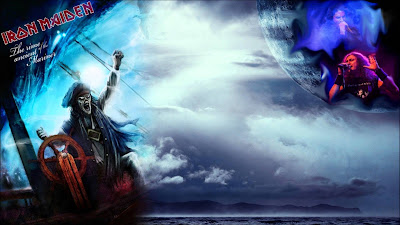 Today's tune "Rime Of The Ancient Mariner" is taken from the Live After Death album, (from Powerslave, 1984). This was inspired by and based on the 1797 poem of the same name by Romantic poet Samuel Taylor Coleridge (1772-1834), a contemporary of William Wordsworth and William Blake (whose work was the inspiration and basis of Bruce Dickinson's solo album The Chemical Wedding). In the poem, the captain (The Ancient Mariner) tells the story of how his ship was driven south by storms and the strange happenings that followed. The moral of the story is that "we should love all creatures created by God." (thanks, anthony - Parsippany, NJ and Dave - London, England)

Listen to ”Iron Maiden - Rime Of The Ancient Mariner" on Spotify!