Krokus - Screaming in the Night 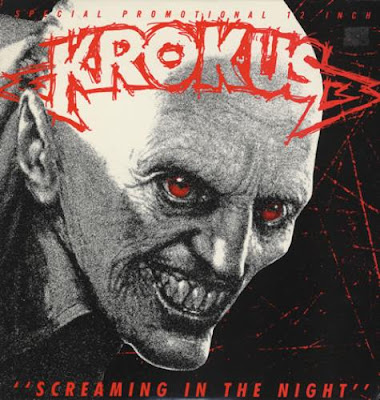 "Screaming in the Night" is a song taken from "Headhunter" is the seventh studio album by the Swiss hard rock band KROKUS, released in 1983. It achieved Gold status in the United States. The track "Screaming in the Night" was the band's biggest hit to date and is still played on classic rock radio stations. "Headhunter" is the only KROKUS album to feature Steve Pace on drums, and includes the BACHMAN-TURNER-OVERDRIVE cover "Stayed Awake All Night". 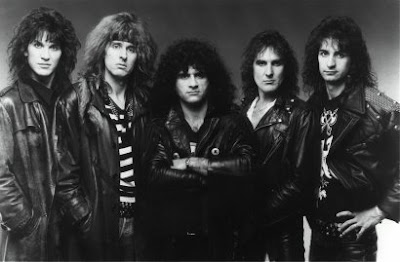 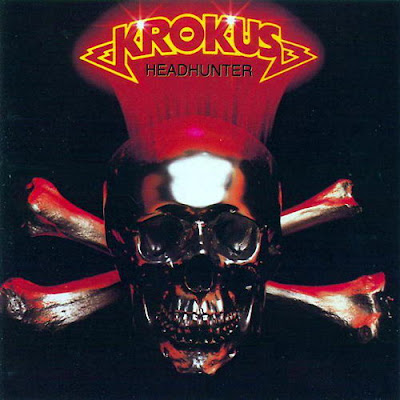 KROKUS is a typical mid 80's Euro-metal band and was founded in Solothurn in 1975 by bassist (and original lead vocalist) Chris von Rohr and guitarist Tommy Kiefer. Former TEA vocalist Marc Storace joined the band as frontman in time for their Metal Rendez-vous album in 1979.

Kiefer was replaced by roadie Mark Kohler in 1982. Their brand of metal relies heavily on AC/DC and the SCORPIONS, with simple, radio-friendly riffs and repeatedly chanted choruses. Their biggest hit was a cover of ALICE COOPERs "School's Out." 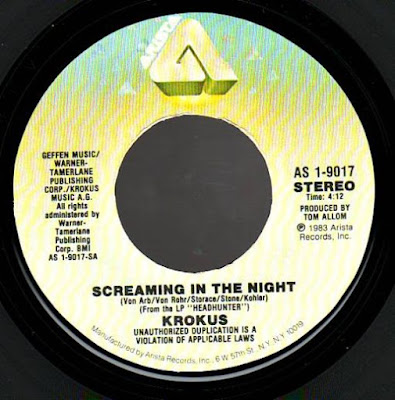 Listen to ”Krokus - Screaming in the Night" on Spotify!