Deep Purple - Made In Japan 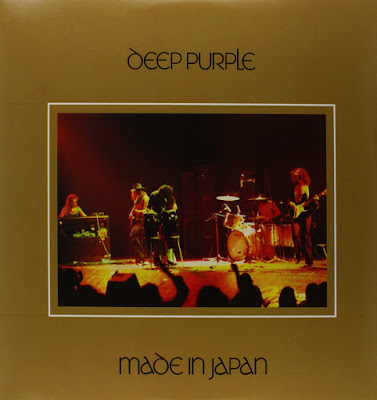 Made in Japan is a double live album by English rock band DEEP PURPLE, recorded during their first tour of Japan in August 1972. It was originally released in December 1972, with a US release in April 1973, and became a commercial and critical success.

The band were well known for their strong stage act, and had privately recorded several shows, or broadcast them on radio, but were unenthusiastic about recording a live album until their Japanese record company decided it would be good for publicity. They insisted on supervising the live production, including using Martin Birch, who had previously collaborated with the band, as engineer, and were not particularly interested in the album's release, even after recording. The tour was successful, with strong media interest and a positive response from fans.

The album was an immediate commercial success, particularly in the US, where it was accompanied by the top five hit "Smoke on the Water", and became a steady seller throughout the 1970s. A three-CD set of most of the tour's performances was released in 1993, while a remastered edition of the album with a CD of extra tracks was released in 1998. In 2014, a deluxe edition was announced with further bonus material. The album had a strong critical reception and continues to attract praise. A Rolling Stone readers' poll in 2012 ranked Made in Japan the sixth best live album of all time. 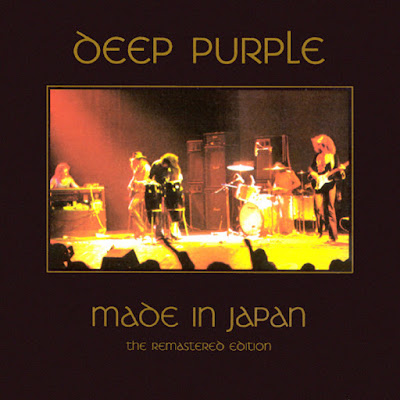 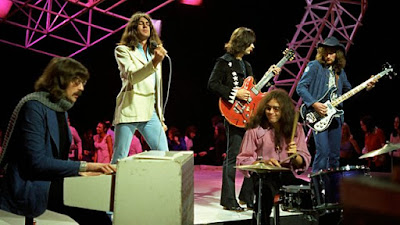 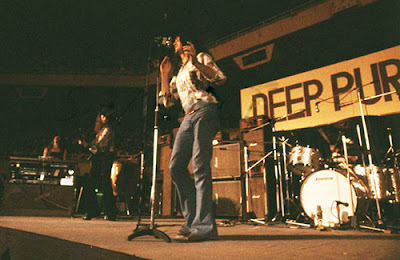 DEEP PURPLE "Mk II" formed in July 1969 when founding members, guitarist Ritchie Blackmore, organist Jon Lord and drummer Ian Paice recruited singer Ian Gillan and bassist Roger Glover to progress from their earlier pop and psychedelic rock sound towards hard rock. They began touring extensively, becoming a well received live band, and had recorded several shows either to broadcast on the radio or listen to privately. However, they had rejected the idea of releasing a live album commercially as they believed it would be impossible to reproduce the quality and experience of their stage act on an LP. 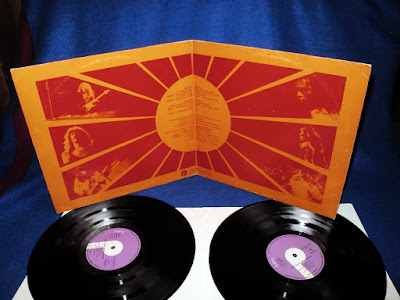 Consequently, there was a demand for bootleg recordings of the band. The most notable of these was an LP entitled H Bomb, recorded at Aachen on 11 July 1970, which led to a subsequent court case when Virgin Records' Richard Branson was prosecuted for selling it. An article in Melody Maker that examined the bootleg phenomenon claimed that H Bomb was the best selling one at that time. This success, along with albums from other artists such as the Who's Live at Leeds and the Rolling Stones' Get Yer Ya-Ya's Out convinced the band that an official live album would be commercially successful. At the time, Glover told Sounds magazine that "there are so many bootlegs of us going around, if we put out our own live set, it should kill their market."

By 1972, DEEP PURPLE had achieved considerable commercial success in Japan, including several hit singles, so it made sense to tour there. Three dates were booked; the Festival Hall, Osaka on 11 and 12 May, and the Budokan, Tokyo on 16 August, though these were later changed to the 15 and 16 August, and 17 August respectively due to an earlier US tour being rescheduled. The dates sold out almost immediately, and consequently the Japanese arm of the band's label, Warner Bros. Records, wanted to record the tour for a live album to be released in the country. The band eventually agreed to the idea, but insisted if it was going to be released, they wanted it to be done properly. Gillan recalled, "we said we would have to OK the equipment, we wanted to use our own engineer and we would have the last say on whether the tapes were released". The band enlisted producer Martin Birch, who had worked on previous studio albums, to record the shows onto an 8-track recorder so they could subsequently be mixed.

The band's live setlist had been revamped at the start of the year, immediately after recording Machine Head, and that album made up a substantial proportion of new material. Although the setlist remained the same for most of the year, opening with "Highway Star" and closing with "Lazy" and "Space Truckin'", the band's musical skill and structure meant there was sufficient improvisation within the songs to keep things fresh. The original intention was the stage act would be used for about a year before being dropped, but Gillan and Glover both resigned from the band in June 1973. When this line-up reformed in 1984, the 1972 setlist made up a significant amount of material performed in concert.

The band's favourite gig of the tour was at the Nippon Budokan on 17 August 1972 The band arrived in Japan on 9 August, a week before the tour started, to a strong reception, and were greeted with gifts and flowers. Birch was not confident that the recording quality would be satisfactory, since the equipment supplied by Warner Bros. did not have any balance control and that the recorder's size did not appear big enough on sight to capture a commercial quality recording. The band were uninterested in the end result, concentrating on simply being able to deliver a good show. Lord later noticed however that he felt this attitude meant the spontaneity of the performances and interplay between the band members was captured well.

The second gig in Osaka was considered to be the stronger of the two, and indeed this show made up the bulk of the released LP. Only one song, "Smoke on the Water" from 15 August show was used, and this may simply have been because it was the only gig that Blackmore played the song's opening riff as per the studio album.

The band considered the gig at Tokyo on 17 August to be the best of the tour. Glover remembered "twelve or thirteen thousand Japanese kids were singing along to 'Child in Time'" and considered it a career highlight, as did Gillan. At the venue, a row of bodyguards manned the front of the stage. When Blackmore smashed his guitar during the end of "Space Truckin'" and threw it into the audience, several of them clambered past fans to try and retrieve it. Blackmore was annoyed, but the rest of the band found the incident amusing. The gig was not as well recorded as the Osaka shows, though "The Mule" and "Lazy" were considered of sufficient quality to make the final release.

There were no overdubs on the album. Lord claimed once in a magazine interview that a line from "Strange Kind of Woman" had to be redubbed from a different show after Gillan had tripped over his microphone cable, but no direct evidence of this was found when the multitrack tapes were examined. According to Lord, the total budget for the recording was only $3,000 (equivalent to £35,696 in 2015).

This album is from the bands golden era, a real classic live album with top notch songs and a perfect sound. No need to argue about that so get it ffs! 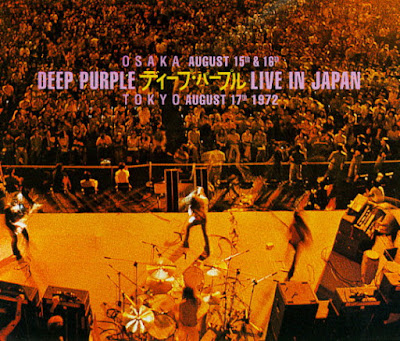 Today's tune "The Mule" is a song that was originally released on their 1971 album Fireball. The song became famous for its live performance, which would always feature a drum solo by Ian Paice.

Ian Gillan introduces "The Mule" as .. it's all about Lucifer and some of his friends, most of whom are sitting around here somewhere tonight. (From the Live in Concert 1972/73 DVD), however on his website he also states "Yes, the Mule was inspired by Asimov". The reference is to the character of The Mule, in the Foundation series by Isaac Asimov, specifically in Foundation and Empire.

"The Mule" was played by DEEP PURPLE during their 1971, 1972 and 1973 tours, and was recorded live for the Made in Japan album in August 1972. During this live performance, and most others, Paice played a 6-minute drum solo. On the recording heard on Made in Japan, Gillan starts the song by saying:

"Alright...everything up here...please. And a bit more monitor if ya got it."

[guitar noise] "Ah?" [echoing kettle drum] Ritchie Blackmore can faintly be heard saying, "You want everything louder than everything else?" then Gillan saying,

"Yeah, can I have everything louder than everything else...alright...ha ha" And ends it with:

The opening guitar riff is repeated at the end of the song. Though the song was never played live between 1973 and 1976, Blackmore played the song's guitar riff after Paice's drum solo, which was moved to "You Fool No One". A snippet of the song appears in an improvisation on the album Live in Europe 1993.

Today's Video clip is not from Japan but form the same time, this is live in Copenhagen 1972 with an fantastic performance from Ian Paice!

Listen to ”Deep Purple - The Mule" on Spotify!