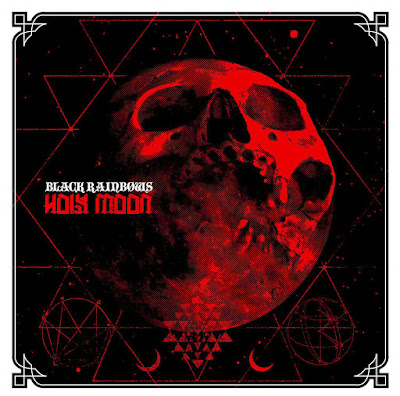 Since they formed eleven years ago in Roma, Italian trio BLACK RAINBOWS have established themselves as one of the most active fuzz-fueled rock acts in Europe, with four albums, a remarkable handful of EPs (including a split record with L.A.'s space rockers Farflung) and countless tours and festival appearances across the continent. Blending the drive and swagger of 70's hard rock with the sun-baked thickness of 90's stoner rock, BLACK RAINBOWS have managed to create their own sound imprint, that could be described as "HAWKWIND, MC-5 and NEBULA crashing cars in the middle of the Mojave desert". Closely following with their highly acclaimed effort "Hawkdope", the band have just deliver another tasty piece of their fuzzy cake with fifth full-length "Stellar Prophecy", an album that should drop in the mail box any day now. More about it later on. 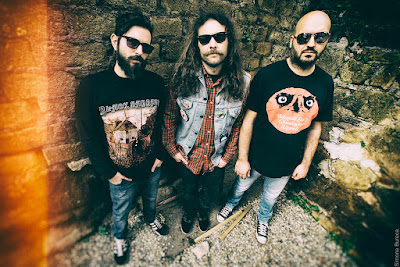 Today's tune "The Hunter" is taken from the EP "Holy Moon", released 2013. So let's get riffing out with a classic stoner fuzz.

Listen to ”Black Rainbows - The Hunter" on Spotify!