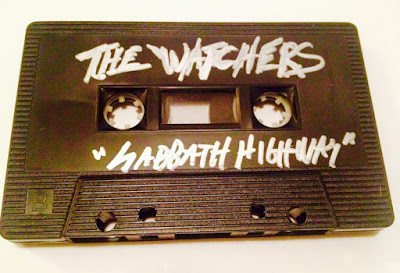 Bay Area heavy rockers THE WATCHERS have signed to Ripple Music for the Oct. 21 release of their Sabbath Highway debut EP. The band premieres with a new video for the track “Today”, that serves notice of the ass-kicking ethic to come on this release and hopefully going forward as well. Founded by members of SPIRALARMS and ORCHID, they’re a four-piece who wear their love of fuzz on their sleeve à la Valley of the Sun if “Today” is anything to go by, and the hook they proffer in the track is made all the more classic-feeling by the Evel Knievel footage they’ve chosen to accompany it. If you feel like maybe you can get down, that would be advisable. 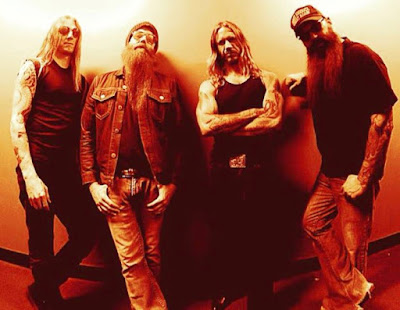 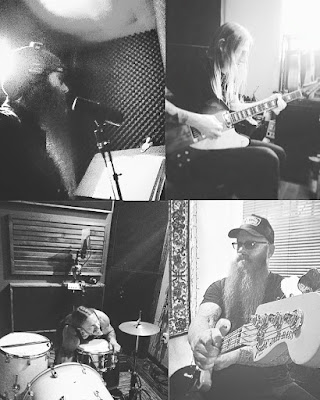 "Sabbath Highway" presumably named for the stretch of road upon which THE WATCHERS are burning asphalt in their four-seater riff-fueled fuzzcycle — is the absolute first release from the band, which is comprised of vocalist Tim Narducci and bassist Cornbread (both formerly of SPIRALARMS), guitarist Jeremy Epp and drummer Carter Kennedy (ORCHID). No surprise that seasoned players would have an idea of what they want to do with their sound, but as they demonstrate with “Today,” their love of heavy rock spans about four decades’ worth of influence, from then to now, and they’re looking to make their mark as a unit starting with these five tracks.

Today's tune is the first video “Today”, it was put together by the band paying homage to the late great 70’s daredevil Evel Knievel. All hand picked footage by the band to guide the song along with its statement: No regrets, never look back, and live in the moment. This guitar line driven tune sprinkled with some TRAVERS and THIN LIZZY influence, will draw you in and make you a believer…. Rock and roll ain’t going away… it’s alive and here to kick your ass.

Sorry, no Spotify, will update upon release!