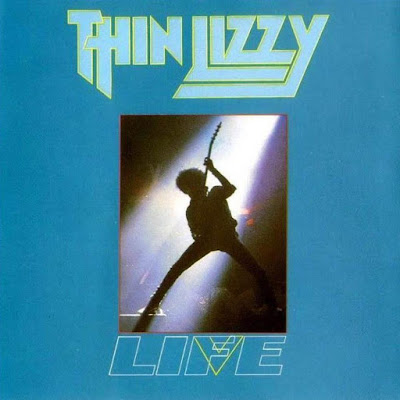 Life (subtitled Live, and labelled Life:Live on the original vinyl LP editions) is a double live album by Irish band THIN LIZZY, released in 1983. This double album was recorded during their farewell tour in 1983, principally at the Hammersmith Odeon in London, UK. Phil Lynott had felt reluctantly that it was time to disband the group after the 1983 tour and to mark the occasion, former THIN LIZZY guitarists Eric Bell (1969–73), Brian Robertson (1974–78) and Gary Moore (1974, 1977 and 1978–79) joined the band on stage at the end of these gigs to do some numbers. This was called "The All-Star Jam". 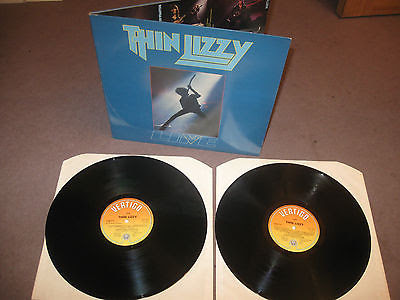 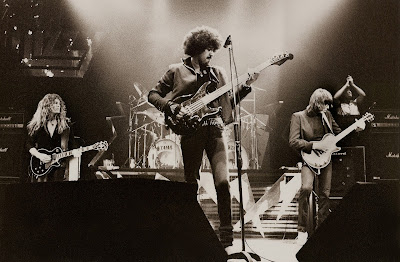 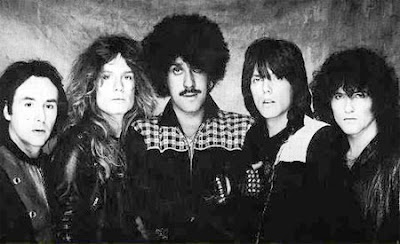 THIN LIZZYs 2nd Live album "Life" is a real killer, what a live album it is! If you compare it to "Live and Dangerous", witch was a freaking good live recording, then I felt that "Life" is just a little better, the production is better, so the sound is both smoother and crispier. The setlist in my mind is a bit stronger on "Life", but that's my taste. The versions of "Renegade", "Hollywood" and "Killer on the Loose" featuring Snowy White had been performed two years earlier when he was still with the band. White's participation was only credited to "Renegade". Lynott describes the slower tempo version of "Don't Believe a Word" as being the original arrangement. A version of the song with the slower arrangement appears on Moore's Back on the Streets album from 1978, with Lynott on bass guitar and lead vocals and Brian Downey on drums. During the performance of "The Rocker", all of the guitarists (except for White) played at the same time (Moore, John Sykes, Scott Gorham, Robertson and Bell), making a total of eight members on stage performing at once (including keyboard player Darren Wharton). 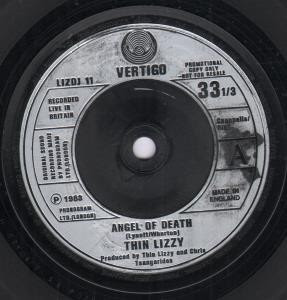 Today's tune "Angel of Death" is a song taken from their "Renegade" album, released as a single in the United States. It has been covered by death metal group VADER and power metal group GAMMA RAY. The tune was also included in today's live album "Life". The video of "Angel Of Death" is live in Dublin, Ireland, 1983 (3/11) with the line up consisting of: Phil Lynott: Vocals & Bass, Brian Downey: Drums, Scott Gorham: Guitars, John Sykes: Guitars, Darren Wharton: Keyboards.

Listen to ”Thin Lizzy - Angel of Death" on Spotify!