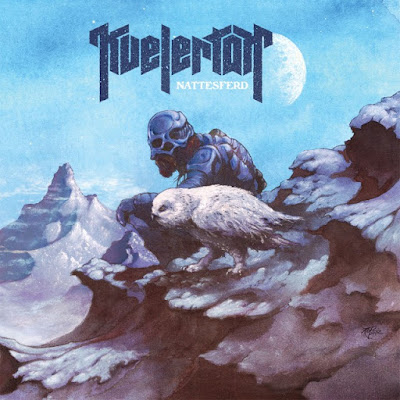 Monday, New week and it's time to introduce "Record Of The Week"

Our brother country, Norway have a band that just took me by storm in 2010, with their self titled debut album. Their sophomore album "Meir" was a great follow up that went on the same path as the debut. Now KVELERTAK is back with their 3:rd album "Nattesferd" where they guys still have much of the past in the blood but with a new hunger to explore the musical universe. That KVELERTAK is a very charming "rock" act. There is so much influences in their music that it almost is impossible to tag them with an label, the music sprawl in all directions and edges but makes it very interesting. For an example, you will get following... Rock/Classic Rock/Metal/Hard Rock/Heavy Metal/Punk/Black Metal, you still with me, huh?

"Nattesferd" is a very pleasant album where you get the blackened riffs and furious drumming in the opening tune "Dendrofil for Yggdrasil" and in the lead single "1985" you get a heavy metal tune with classic rock riffs. The title track "Nattesferd" have a incredible groove that's make impossible to keep your body intact and "Svartmesse" sounds like a instant classic with a melody and hook from the past, just love it. The album continues with the punkish "Bronsegud - SSQ", the new direction tunes "Ondskapens Galakse" and the nine-minute power rocker "Heskebrann". The album rounds of with the killer trasher "Berserkr" and the album ends with the epic mid-tempo "Nekrodamus", a heavy piece in a typical KVELERTAK mannerism.

Sum: "Nattesferd" is something you absolutely need to add to your collection. 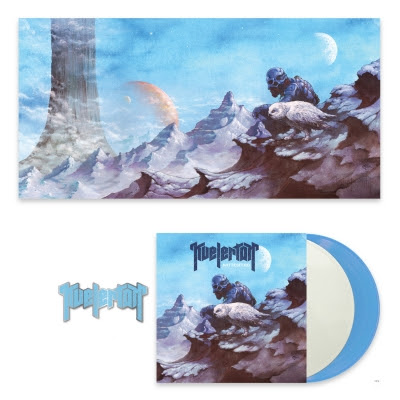 Today's tune is the title track from "Nattesferd". The video was shot on Fårö, a Baltic Sea island off the south eastern coast of Sweden. Swedish filmmaker Ingmar Bergman lived and died on Fårö and several of his films were filmed there, among them Through a Glass Darkly (1961), Persona (1966), Hour of the Wolf(1968), Shame (1968), The Passion of Anna (1969), and Scenes from a Marriage (1972). The video was produced by Norwegian production company, Bacon and directed by Jakob Marky. Jakob is a recent winner of the prestigious After Bergman award which allowed the possibility of filming on Fårö. Enjoy!

Listen to ”Kvelertak - Nattesferd" on Spotify!