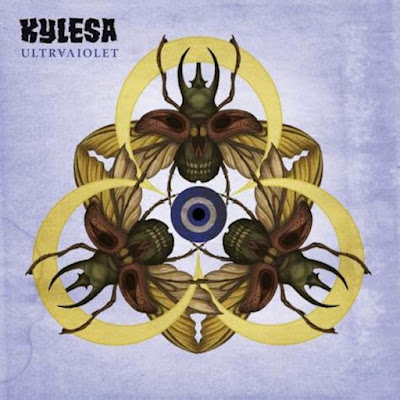 This week we have a band who embrace every musical element within the stoner rock umbrella and then some is the heavy psychedelic, sludge rock outfit KYLESA.

The band is Hailing from Savannah, Georgia and emerged along with their hometown companions (MASTODON and BARONESS) and like them, quickly built a hardened fanbase because of their explosive live shows and fantastic records. That is where the comparison ends however because KYLESA are a different beast entirely.

The group was established in 2001 by the former members of DAMAD, with the addition of guitar player Laura Pleasants who is from North Carolina. The band has since undergone line up changes; the remaining original members are Phillip Cope and Laura Pleasants. In 2006, the band added two drummers (Carl McGinley of UNPERSONS, from Savannah, and Jeff Porter). Eric Hernandez (of CAPSULE, from Miami) joined in 2008 to replace Porter. The dual drum tracks are often panned strongly to the right and left. 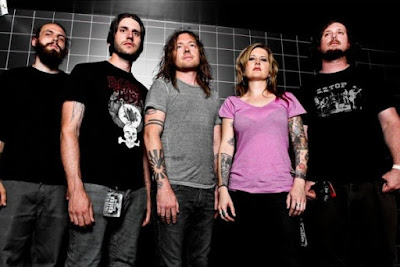 The album have a marvelous atmosphere, where riffs, hooks and just about everything else makes this an fantastic album. Just takes today's tune, the headbanger "Unspoken", where the drums really have a workout session along with the chanting soundscape. The album opener "Exhale" have a really noisy attitude with hard hitting slow riffs and "What Does It Take" continues on the same path but with one gear higher, both are a real screamadelicas. "Grounded" a heavy stoner piece, with some noisy parts. "Long Gone" have a more experimental popish way with dreamy vocals. "Steady Breakdown" is a nice piece, a real riff monster. "Low Tide" is a smooth piece where Pleasants and Cope makes a really beautiful vocal performance.

"Ultraviolet" incorporates experimentalism with heavy riffs, drop-tuned guitars and elements of psychedelic rock with some noisy sludge, what else do you need?


On April 28, 2016, the band announced in Facebook post that they would be going on an indefinite hiatus, stating, "We have collectively decided to take a hiatus with no set date to reconvene".

To our fans and friends… After 15 years of nonstop touring and writing, we decided that it is time for a break. A lot of you have been asking when we are coming to your part of the world and that means a lot to us. However, we feel it should be known that as of now we have no plans to play any shows or work on any new material. We have collectively decided to take a hiatus with no set date to reconvene. We want to give a huge thanks to all our fans, friends, and family for the support over the years. It has been a killer journey and a real pleasure meeting so many amazing people along the way.

We will keep up with our socials as well as this website. 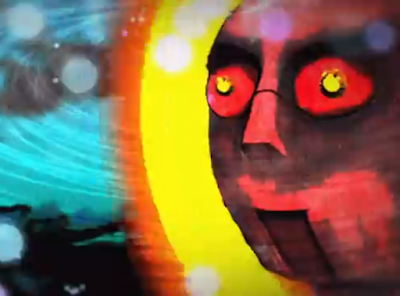 Listen to ”Kylesa - Unspoken" on Spotify!