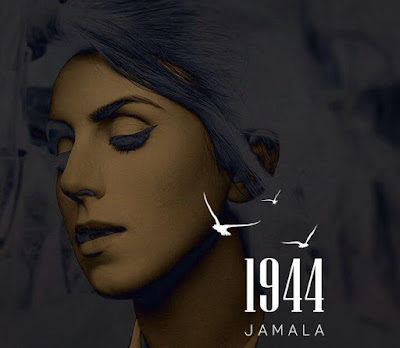 Sunday, time to summarize the 22 days of Eurovision Song Contest that I have been stuck in a chair up in the roof. It has been long days during the rehearsals but pretty fun, lots of laughs, Bamse Stories, light sniping, strange clothes, flypaper, Finish glittering dinosaurs, Pepsis, paper clothing, pyros etc etc, the list could be endless. Anyway, it was a privilege to be part of this karaoke circus!


Here are some facts about the vast technical production that goes into Eurovision Song Contest.
First an pretty odd but fun fact is that the venue has sunk 35mm since work started on April 4! 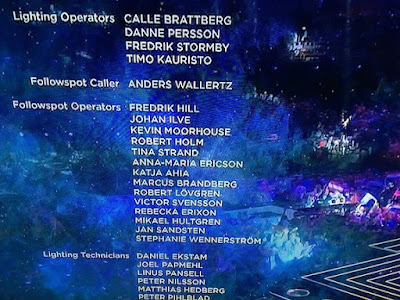 · 40 cameras in total, 22 for Globe Arena broadcast
· 50 people involved in the broadcast
· 2 directors
· SVT will use CuePilot
· One 2d camera and one drop camera with a 70m drop 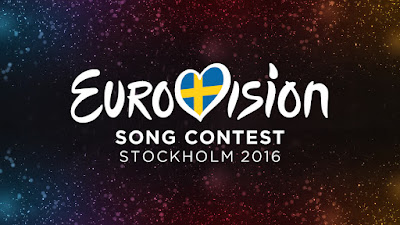 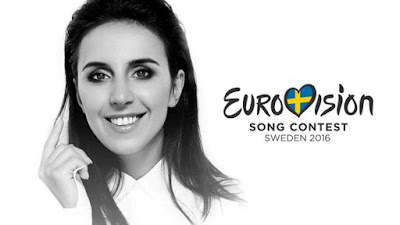 Check out the Video and you can see us working :) I'm nr 4 from the left.


Today's tune "1944" is a song performed by Ukrainian singer JAMALA (Ukrainian: Джамала, Crimean Tatar: Camala). It represented Ukraine in the Eurovision Song Contest 2016 and won with a total of 534 points.

The lyrics for "1944" concern the deportation of the Crimean Tatars, in the 1940s, by the Soviet Union at the hands of Joseph Stalin because of their suspected widespread collaboration with the Nazis. JAMALA was particularly inspired by the story of her great-grandmother Nazylkhan, who was in her mid-20s when she and her five children were deported to barren Central Asia. One of the daughters did not survive the journey. Jamala's great-grandfather was fighting in World War II in the Red Army at this time and thus could not protect his family.

The song's chorus, in the Crimean Tatar language, is made up of words that JAMALA had heard from her great-grandmother, reflecting on the loss of a youth which could not be spent in her homeland. The song features the duduk and the use of the mugham vocal style.

Jamala's performing the song 1944 at the Ukraine Eurovision