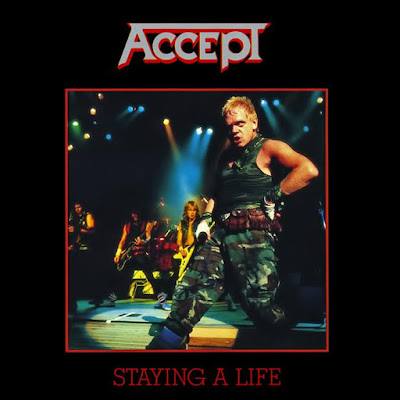 Monday, New Week, time to introduce "Record Of The Week"!

"Staying a Life" from 1990, with the German heavy metal band ACCEPT, a classic that got re released during the "Record Store Day". A classic around "Live" recordings, a bit forgotten and the underrated album that should be lifted up. A record that is a perfect start of this "Live" album week that we are going to have, a big spread around good "Live" albums that you should have in your collection, or I atleast do (: 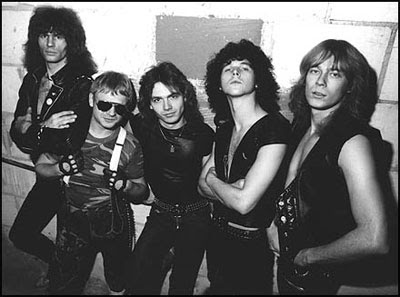 "Staying a Life" is capturing ACCEPT at the peak of their arena metal time around their Metal Heart era. "Staying a Life" is a pure proof why the German band was handed opening slots on quite a few popular mid-'80s tours (KISS, IRON MAIDEN, etc.) The album is a great "Best Of" of all their hits during their long career. I mean songs like "Metal Heart," "Screaming for a Love Bite," "Restless and Wild,", "Breaker", "London Leatherboys", "Fast as a Shark" and "Balls to the Wall" are all included on this double Vinyl record, a album that should be in every ACCEPT collection.

Just slide it out from the record sleeve, slowly put on the needle on the spinning record on side A and you will hear the Japanese crowd clapping their hands when the tunes from "Metal Heart" just flows out from your speakers, whoaa! I'm sitting in the sofa headbanging!

"Staying a Life" gives you all the greatest, the dual-guitar line up is in full force and UDO sounds as good as UDO ever did. The production is pretty as every 80's metal albums sounds like, but somehow more exciting than the others.

Sum: You need this! 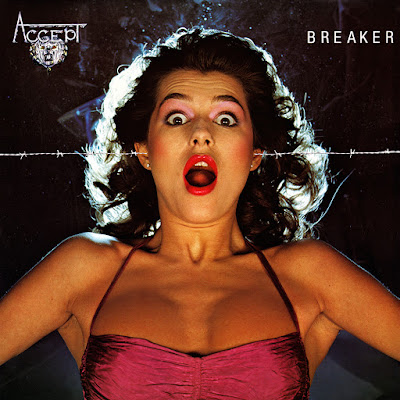 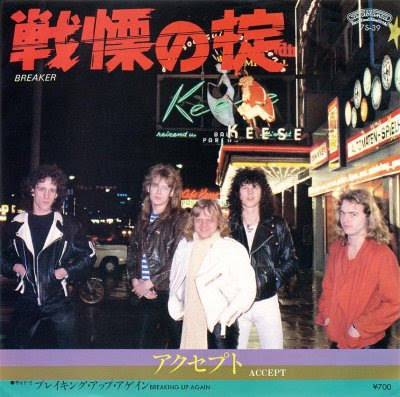 Listen to ”Accept - Breaker" on Spotify!