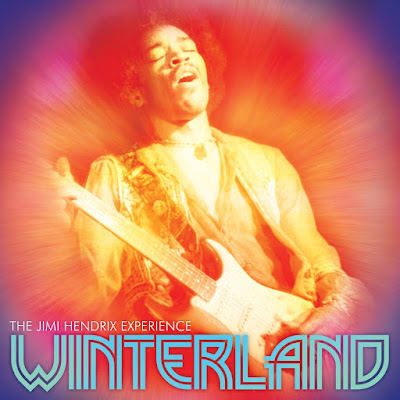 Monday, new week, time to introduce "Record Of The Week", well I got some appetite for Live recordings and I can't stop my self, save your breath and let's continue the "Live Recording" for one more week (:

So this week's "Record Of The Week" is the posthumous release "Live at Winterland" ("Winterland"), a live album by English-American rock band THE JIMI HENDRIX EXPERIENCE. It capturing the legendary guitarist and the original Experience at the height of their powers across three concerts at the Winterland Ballroom in San Francisco, where they played two shows each night on October 10, 11 and 12, 1968. The album was released posthumously by Rykodisc in 1987. 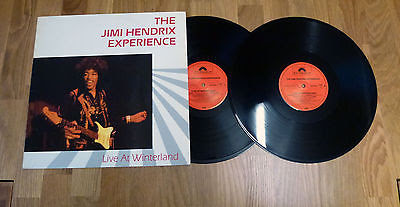 "Live at Winterland" is clearly the centerpiece of the most recent wave of JIMI HENDRIX re-issues. The long out of print, single-disc 1987 edition of this record has been expanded to a eight LP (or four CD) set that is smartly sequenced so as to both replicate the highlights of every show and still make sense in a single, if extended, listening session.

JIMI HENDRIXs sonic assaults and attacks hypnotized, frightened and amazed audiences in the late '60s. That's the case on the 13 (36 in the box) songs from a 1968 Winterland concert where he turned the guitar into a battering ram, forcing everyone to notice and making every solo and note a memorable one. 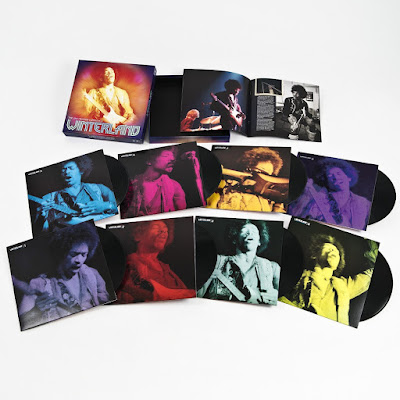 On the box release "Winterland" are most of the songs performed twice, and staples such as "Purple Haze’ are performed up to four times each. But the great thing about it is how the guys constantly emphasizing different aspects of these songs, so all tunes are pretty unique.

Sum: If there is one "Live" recording you would like to obtain with JIMI HENDRIX, the you should get "Winterland"

Today's tune "Like a Rolling Stone" is a 1965 song by the American singer-songwriter Bob Dylan. Critics have described the track as revolutionary in its combination of different musical elements, the youthful, cynical sound of Dylan's voice, and the directness of the question "How does it feel?" "Like a Rolling Stone" transformed Dylan's image from folk singer to rock star, and is considered one of the most influential compositions in postwar popular music. Rolling Stone magazine listed the song at number one in their "500 Greatest Songs of All Time" list. The song has been covered by numerous artists, from THE JIMI HENDRIX EXPERIENCE and THE ROLLING STONES to THE WAILERS and GREEN DAY.

Listen to ”Jimi Hendrix - Like A Rolling Stone" on Spotify!