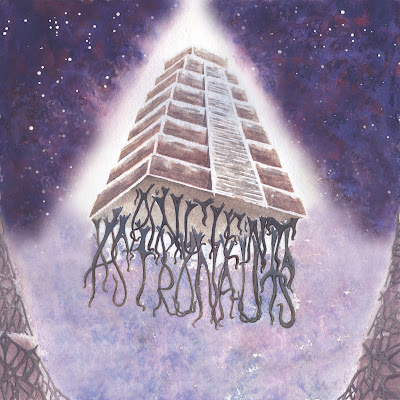 "Ancient Astronauts" with HOLY MOUNTAIN is the follow up album to the first anthropomorphous debut album "Earth Measures". 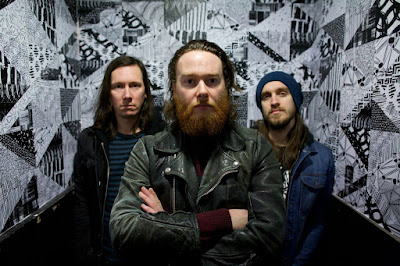 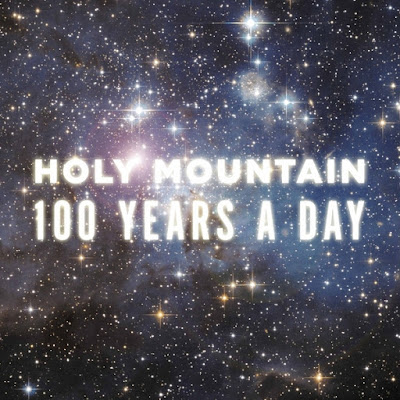 This Scottish three-piece emerged on the scene in 2012 with a penchant for old-school heavy metal and a desire to tear up any stage they were on with their brand of hard-hitting riffs and explosive cosmic atmospherics, making them a premier group in the stoner/desert rock genre.

The band entered Chem 19 recording studio in April 2013 and completed recording of their second album "Ancient Astronauts" with producer Paul Savage. The album also features Graeme Smillie (Emma Pollock, Unwinding Hours) on organ and keys. The album was mixed by Savage in December. The band released a 7" single, "Luftwizard" from the album, with a cover of BLACK SABBATHs "War Pigs" as the B-Side.

"Ancient Astronauts" they continues the path that they made on "Earth Measures" but with more spaced out heaviness and summoning vocals, a real badass album in other words.

The album contains some real dark filthy titanic riffs and slamming drumming that suits perfect for the Vinyl.

Tunes like the opener "LV-42666", "Gift Giver" and "Tokyo" are high speed jamming and unpredictable tempo-shifting with hard and filthy riffs with a touch of both Blues and classic Garage Rock where tunes like "Star Kings" and "100 Years A Day" are more Garage Rockers with Stoner base. "Luftwizard" is a far out Blues psychedelic rocker with some LED ZEPPELIN beats that i just love. The Bass player are in focus on the title track "Ancient Astronauts" where his shattering playing is clear, monoton and classic. The guitar licks are cleaver and well used over the hole thread. The album ends with "Hollow Hill" a real classic rock smoker with it's earthshaking retro rock.

Today's tune "100 Years A Day" is taken from their latest album "Ancient Astronauts". The Video is made by Michael Sherrington of Forest of Black.