Blood Ceremony - Let it Come Down 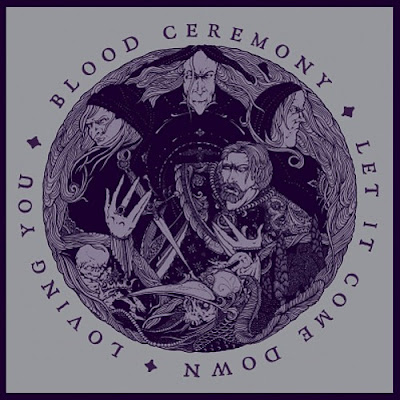 BLOOD CEREMONY is a Canadian doom metal band formed in Toronto, Ontario. Their self-titled debut album was released in 2008, followed by Living with the Ancients in 2011, both on Rise Above Records. The albums were reissued on Metal Blade. BLOOD CEREMONY spent the latter part of 2009 touring throughout Europe with ELECTRIC WIZARD. During the latter part of 2011 and the early part of 2012, they supported GHOST on their European and North American tours. BLOOD CEREMONYs style has been described as "flute-tinged witch rock" and their lyrics are filled with black magic imagery and references to classic horror films. The band is fronted by singer/flutist/organist Alia O'Brien, whose flute solos are reminiscent of JETHRO TULLs Ian Anderson. The band was created by O'Brien with guitarist Sean Kennedy, who is responsible for most of the songwriting. 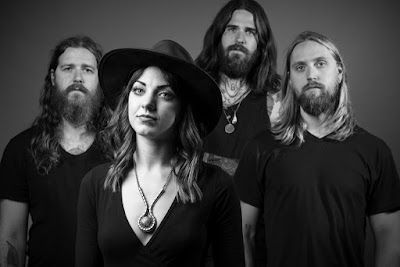 Following the success of last years globally acclaimed third album "The Eldritch Dark", BLOOD CEREMONY released a single "Let It Come Down". Released and recorded to coincide their European tour (with SPIDERS) in May (2014), "Let it Come Down" further displays the uniqueness of this Toronto based band. Conviction and dedication to what they do is so evident here, whilst the songwriting is sounding more confident than ever. Backed with a cover version of Loving You, originally recorded by early 70s obscure Scottish proto-metal legends, IRON CLAW, BLOOD CEREMONY are rapidly becoming legends themselves. Thier latest album release "Lord of Misrule" will be review later on as soon the Vinyl hits my door step.

Listen to ”Blood Ceremony - Let it Come Down" on Spotify!