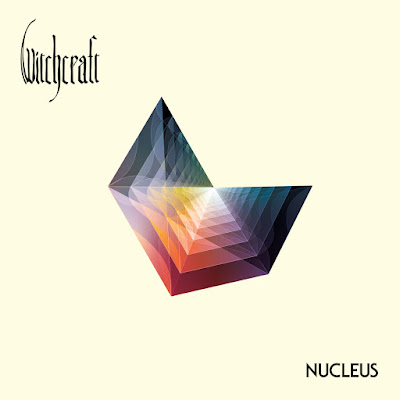 New week and it's time to present "Record Of The Week"

"Nucleus" is the fifth studio album from the Swedish group WITCHCRAFT. To date, across five albums, Sweden’s WITCHCRAFT have never repeated themselves. As expected, a new path has been taken with "Nucleus". The album is done with an partly new line-up Rage Widerberg on drums and Tobias Anger on bass together with the mastermind Magnus Pelander.

The record is a real beast time wise, an hour and ten minutes worth of music divided into two LPs, (or one CD if you swing that way). Ten songs with a really wide range of styles and durations. Not quite as direct and clear as its predecessor "Legend", a record that was really solid from start to finish.

"Nucleus" is an album that has taken me many spins to sunk in, many twists and turns that I was not really comfortable at the first, it took me some time but now I do really like Pelanders creation, even if the direction is new does the foundation remain the same.

That Pelander now have left his instrument on the stand and focused more on the vocals are clear and he makes it magnificent. With the new guys around that follows him to the grave does a great job to create a WITCHCRAFT atmosphere were the listener can dream away and loose the present time for a little bit over an hour. The musicianship between the guys are top notch, were the music builds up with a great feeling between each other. The riffs, flutes, rhythms are well planed and executed with great precision. In other word, it's a remarkably well-crafted album, with plenty of wonderful music to dig into once you get through the first spin.

The album opens up slow and easy, eight minutes magic of "Malstroem", piece by piece it build up to something enormous. It has all the ingredients that satisfy me as a listener. Acoustic guitars, spell bounded flutes, doomed electric guitars and pounding rhythms that kicks you off your beloved chair. This tune is one of the highlights on the album together with the single "The Outcast" that is a real killer, a tune that have the more straight forward heavy rock like the tunes of the predecessor "Legend". "To Transcend Bitterness" is a real heavy piece that suits any rocker. The title song "Nucleus" is a real dreamy thing that I just love. Just over 14 minutes and you are lost. The album closes with a more classic WITCHRAFT tune where the riffings and the flutes are the highlights in "Chasing Rainbows"

Anyway, I'm almost sure already that this record will be in the top when the year going to be summarised.

So my final word will be: BUY IT! 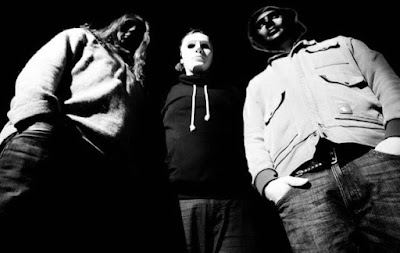 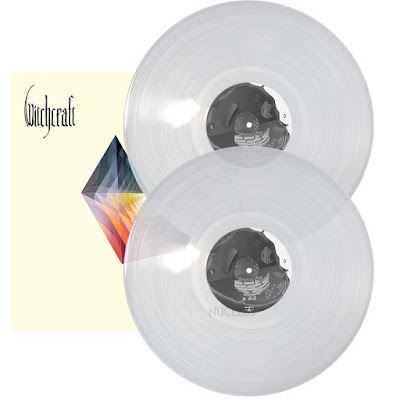 Listen to ”Witchcraft - Theory Of Consequence" on Spotify!