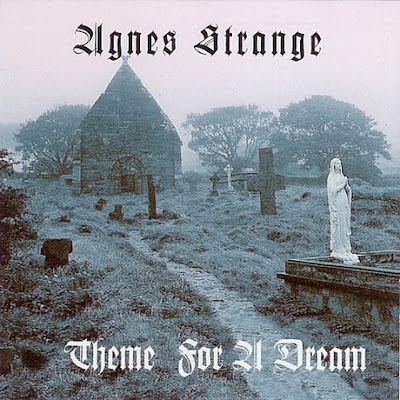 AGNES STRANGE was an heavy trio from Southampton, England, led by singer-guitarist John Westwood, somehow didn't make a splash on the early '70s boogie circuit despite their obvious similarities to beloved acts like the GROUNDHOGS, BUDGIE and the almighty STATUS QUO. Despite some heavy names in their corner, including management company DJM (led by Dick James, who had made a mint off the Beatles' publishing) and A&R folks at Pye Records, some bad luck and inexplicable business decisions led them off course. Foremost among these was a fundamental misunderstanding of the term "pub rock," which led Pye to release Strange Flavour on a one-off label called Birdsnest, which was affiliated with a chain of theme pubs of the same name, owned by the beer manufacturer Watney's. The existing heavy rock audience at the time reacted much as straight-edge punks would if McDonald's and Sony BMG joined forced to release a hardcore album available only at fast food restaurants, and Strange Flavour disappeared without trace, as did AGNES STRANGE.

Read about Agnes Strange at Allmusic