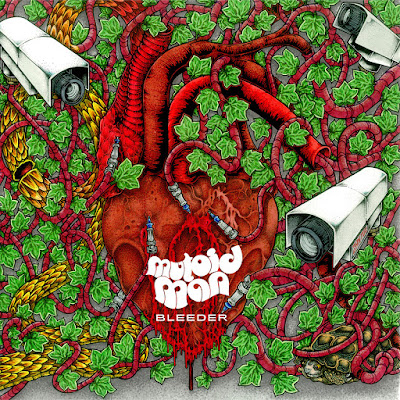 "Bleeder" is the debut album with singer/guitarist Stephen Brodsky (CAVE IN), drummer Ben Koller (CONVERGE, ALL PIGS MUST DIE) and Nick Cageao on bass. 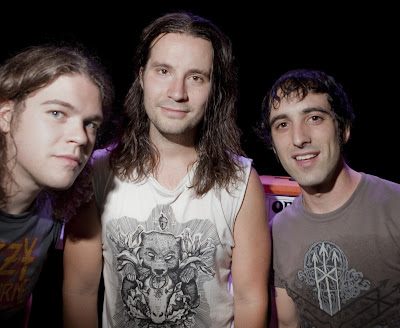 "Bleeder" is a riff monster of rank, a red-hot, nasty hard-rock party with unstoppable energy and power. With an stellar musicianship and a chemistry like this guys have is just stunning. The woolsock rocking melodies from CAVE IN and acrobatics from CONVERGE together with a sound guy from Brooklyn metal bar Saint Vitus can make a furious knotty album like this is amazing, this is a real killer.

MUTOID MAN knocks me off totally, If I heard this album earlier it would have been on top 10 of the 2015's album summary. This guys soars something between classic hardrock and MASTEDON to THE DILLINGER ESCAPE PLAN with ZAPPA influences. Crazy, oh yes but damn so good! It's a short record of 10 songs that clocks in at 29 minutes only, but it's an energetic and fun time that you want to repeat more than one time.

Take today's tune "Bridgeburner" that is a real catchy killer that will get you to sing along even as they 1000's of tempo shifts.

Summary: Yes, You need this!

Today's tune "Bridgeburner" shot while recording in Salem, MA at GodCity Studios with Kurt Ballou. The studio version of this song is taken from the album "Bleeder", released June 30, 2015.