Dismember - Override Of The Overture 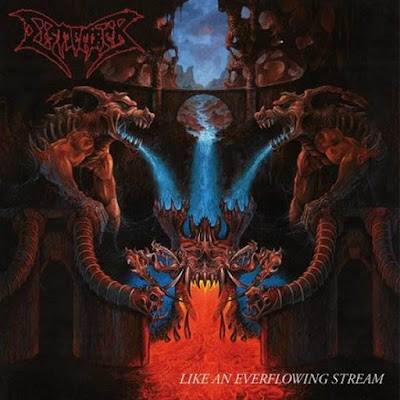 "Override of the Overture" is the opening track on "Like an Ever Flowing Stream", the debut album by Swedish death metal band DISMEMBER, released in May 1991. The title may refer to the Biblical Book of Amos 5:24, "Let justice roll down like waters, and righteousness like an ever-flowing stream" (New International Version). A music video was made for the track "Soon to Be Dead".

Since Karmageddon records owns the rights to the album, it wasn't re-issued as a digipack disc in 2005 like every other album (except for Where Ironcrosses Grow). Regain re-issued those digipack versions and also remastered the albums while Karmageddon released an exact copy of the 1996 issue by Nuclear Blast (except for two additional bonus tracks). 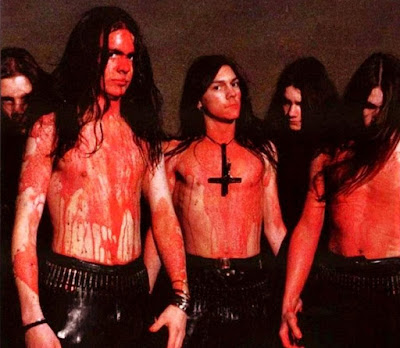 DISMEMBER line up on "Like an Ever Flowing Stream"

Nicke Andersson, at the time the drummer in ENTOMBED played all the lead guitars except for the guitar solo on "Override of the Overture", which is played by David Blomqvist.

Like an Ever Flowing Stream is today heralded as a milestone for the burgeoning Swedish death metal scene and established the band's fanbase, which was further bolstered by the controversy surrounding one song in particular, "Skin Her Alive". The song prompted an obscenity charge in the United Kingdom, against which the band successfully defended themselves.

DISMEMBER was a Swedish death metal band that formed in Stockholm 1988. They split up in October 2011.

Listen to ”Dismember - Override Of The Overture" on Spotify!

Email ThisBlogThis!Share to TwitterShare to FacebookShare to Pinterest
Etiketter: Death Metal, Dismember, Entombed, Like an Ever Flowing Stream, Override Of The Overture, Stockholm, Sunday Classic, Swedish