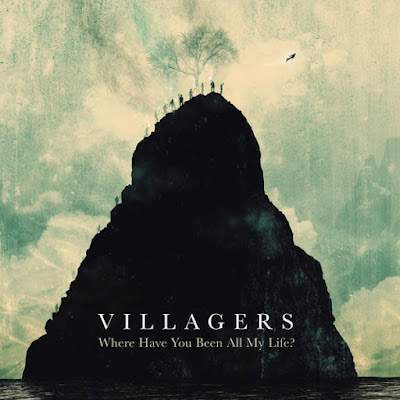 Where Have You Been All My Life?, released on 8th January 2016, is a collection of songs that distils five years and three albums of the Irish folk act VILLAGERS songwriting into one flowing narrative.

Recorded in one day at London’s RAK Studio with Richard Woodcraft (RADIOHEAD, THE LAST SHADOW PUPPETS) and VILLAGERS live engineer Ber Quinn, the album is a re-imagining of older material seamlessly woven with present glories from VILLAGERS most recent studio album, "Darling Arithmetic".

Released in April 2015, Conor O’Brien’s third album under the guise of VILLAGERS was a more pared-back, intimate journey compared to the multi-faceted arrangements of Becoming A Jackal (2010) and {Awayland} (2013). This fresh approach was extended on subsequent VILLAGERS tours, where old songs were reinvented to match the new. Then for one day in July 2015, 18 songs were quickly captured and 12 songs chosen for the final album, making it VILLAGERS most intense, but satisfying, session to date. These recordings are all first or second takes, and the immediacy of the occasion was part of the magic that day, live and unadorned by overdubs or studio trickery.

The unique nature of these arrangements is due in no small part to the musicians in the room at the time of recording: Cormac Curran on grand piano and analogue synthesizer, Danny Snow on double bass, Mali Llywelyn on harp, mellotron and vocals, and Gwion Llewelyn on drums, flugelhorn and vocals. The result is a lush, harmony-laden and vibrant document of a time and a place. 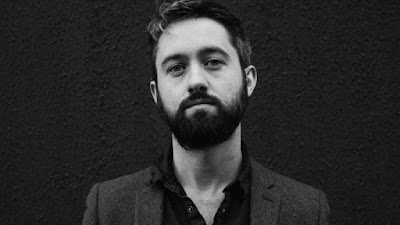 Today's tune is a new recording of "Memoir" that is also included in the album, which O’Brien wrote for Charlotte Gainsbourg, it can be found on her 2011 album Stage Whisper, but has never before been recorded by VILLAGERS until now.

The Video clip is an acoustic version of the tune.

Here is the audio version of the tune. 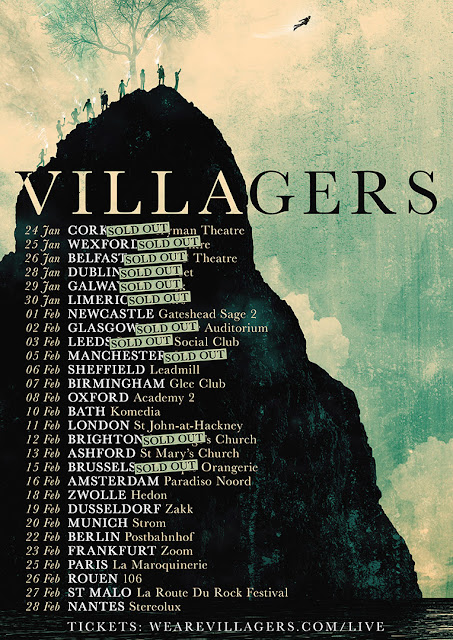 Listen to ”Villagers - Memoir" on Spotify!

Email ThisBlogThis!Share to TwitterShare to FacebookShare to Pinterest
Etiketter: Charlotte Gainsbourg, Folk, Memoir, Singer Songwriter, Tourdates, Villagers, Where Have You Been All My Life?