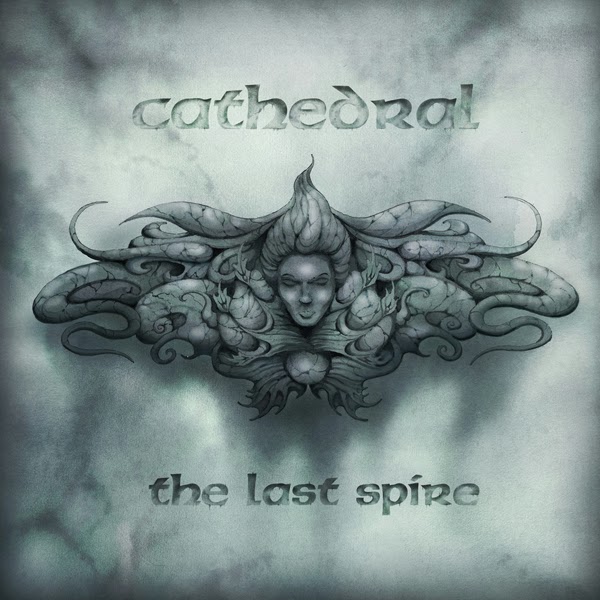 Cathedral were a doom metal band from Coventry, England. The group gained attention upon release of its debut album, Forest of Equilibrium, which is considered a classic of the genre. However, the band's sound evolved quickly and began to adopt characteristics of 70s metal and hard rock. After releasing nine full-length albums and touring extensively for over two decades, Cathedral broke up after the release of The Last Spire in 2013.

Todays tune is taken from the tenth studio album "The Last Spire". Intended by the band as their farewell album, it was released in April 2013 on Rise Above Records and Metal Blade Records. The album was praised for returning the band to its doom roots, with Nick Green of Decibel Magazine observing that "few bands get to write their own epitaphs in such vivid, exacting terms"

Lee Dorrian described the band's planned retirement as a "funeral" for the band, which was a "long and gratifying process". For Dorrian, the announcement enabled the band to record the album without pressure, "as it meant that we no longer had anything to prove and could make this album purely on our own terms".

Building upon the "funeral" metaphor, Dorrian later stated that the band's decision to plan for its own demise ultimately hasn’t made the end as painful as it would have been if we...finished without doing an album we were happy with, or we had a massive fight and the band ended for no apparent reason other than that; I think it would have been harder to deal with. But the fact that we've let it evolve into this situation where it is almost like giving ourselves a funeral, I think it's made it a bit easier to bear.

Todays tune "Tower of Silence" from the album "The Last Spire". The final promo video from the final album by UK Doom Legends Cathedral. Inspired by classic cult British Film Institutions such as Amicus and Hammer House of Horror, "Tower of Silence" was shot on location during the British Winter of 2012 at Gunnersbury Park Tower, London. It features a guest appearance from Purson's Rosalie Cunningham, who places a symbolic black orchid on the tombstone of each member in the clips closing scenes.

Soory no Spotify on this one yet.